Formula 1’s four-person Contract Recognition Board (CRB) ruled unanimously in their published decision on Friday that McLaren had the only valid contract for the 21-year-old rookie’s services. 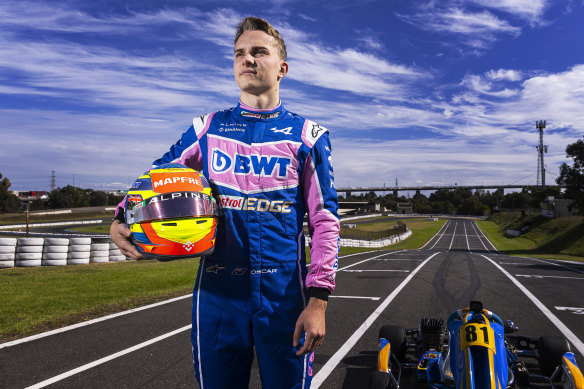 Oscar Piastri will be shelving his Alpine kit to move to McLaren.Credit:Getty Images

Piastri, the 2021 Formula 2 champion, had been Alpine’s reserve driver.

Alpine had wanted to promote him to a race seat after double world champion Fernando Alonso announced he was leaving for Aston Martin at the end of the season, but the Australian rejected the offer.

“The tribunal has issued a unanimous decision that the only contract to be recognised by the board is the contract between McLaren Racing Limited and Mr Piastri dated 4 July 2022,” said a statement issued by the governing FIA.

“Mr Piastri is entitled to drive for McLaren Racing Limited for the 2023 and 2024 seasons.”

“I’m extremely excited to be making my F1 debut with such a prestigious team as McLaren and I’m very grateful for the opportunity that’s been offered to me,” it quoted Piastri as saying.

“The team has a long tradition of giving young talent a chance, and I’m looking forward to working hard alongside Lando to push the team towards the front of the grid.”

“We consider the matter closed on our side and will announce our full 2023 driver line-up in due course,” the team said in a statement.