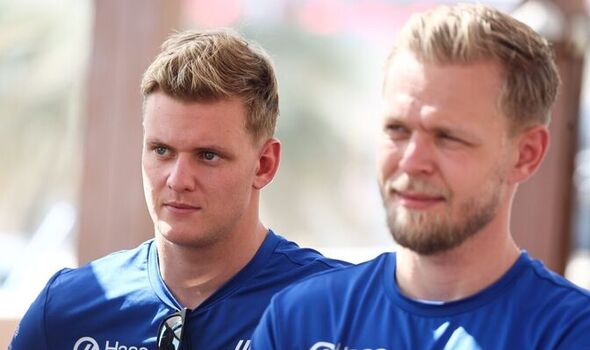 Mick Schumacher may still have a route back into F1 following the Abu Dhabi Grand Prix race weekend despite no official seats being available. The son of iconic F1 driver Michael Schumacher had plenty of attention in his debut season at Haas last year alongside Nikita Mazepin having won the F2 championship in 2020.

He impressed with the young Russian on the other side of the garage, but Kevin Magnussen has proven to be a different challenge altogether. Apart from impressive displays at Silverstone and Austria, Schumacher has failed to score any points and sits 16th in the standings.

Failing to match Magnussen’s points tally also means Haas are unlikely to finish ahead of Aston Martin in the Constructors’ Championship. His contract was up for renewal at the end of this season, but Haas have now decided to replace him with Nico Hulkenberg for 2023.

It leaves Schumacher without a seat in F1 for next year and there are currently no official seats available. However, that could all change on Sunday if Logan Sargeant fails to deliver in F2.

The American driver has been promised a seat at Williams alongside Alex Albon, but there are still certain requirements he must meet in order to make that happen. Sargeant still needs to secure enough Super Licence points to race in F1 next year and it’s far from guaranteed that will happen.

He needs to finish fifth in the final standings, or sixth so long as he avoids any penalty points. The 21-year-old currently sits third in the F2 championship, but Liam Lawson – down in seventh – is just 12 points behind.

The Carlin driver suffered a setback last week when he was involved in a collision, which saw him forced to retire from the feature race with big points on offer. The F2 feature race takes place ahead of the F1 Grand Prix on Sunday and Schumacher will know whether a seat will be available for next year or not.

Mercedes team principal Toto Wolff has hinted that he would be willing to bring Schumacher on board after the German’s time with Ferrari was ended. If Schumacher was to join Mercedes’ ranks, they would then be able to loan him to Williams for the 2023 season.

Williams boss Jost Capito has already expressed an interest in signing Schumacher, admitting last month that he was an “option”. “Mick is an option, he also deserves to stay in Formula 1. We’ll see if that happens, but he’s definitely an option for us,” he said.