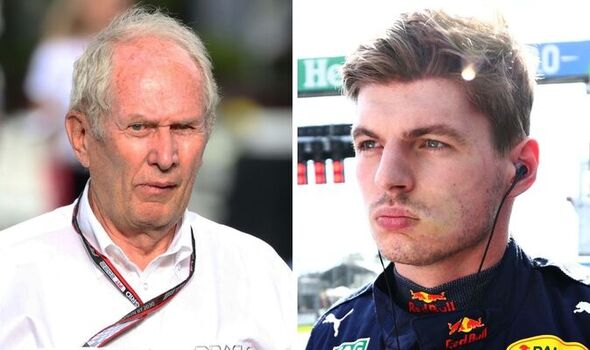 It’s been far from the perfect start to the defence of his 2021 F1 title for Max Verstappen and Red Bull advisor Helmut Marko expects even more “difficult times” for the Dutchman. Red Bull and Ferrari have been battling out in front for the opening three races of the season with some great on-track battles between Verstappen and Charles Leclerc.

Verstappen got the better of the Ferrari driver in Saudi Arabia to take his first win of the season. But the other two races ended in bitter disappointment for Verstappen, having not been able to finish either Grand Prix.

Leclerc meanwhile grabbed his second win of the season Down Under to give him a huge early lead at the top of the Drivers’ Championship. Verstappen is already 46 points behind his rival with a couple weeks to prepare for the Emilia Romagna Grand Prix.

Red Bull will be spending the next few days trying to discover what happened with Verstappen’s car. But Marko has been left concerned about the reliability issues of the RB18 and is worried things may get worse before they get better.

JUST IN: Hamilton jokes he may chop off his ear in jewellery row with FIA

“We don’t just have these reliability problems, which are actually largely unknown to us – we don’t know that at all,” he said. “The other thing is this weight problem. We’re well ahead [heavier] of Ferrari there. That’s a difficult balancing act, even with the cost cap.

“Difficult times are ahead of us. We were surprised at how fast Ferrari was today.”

Sergio Perez was able to salvage second place for Red Bull with a steady drive ahead of the two Mercedes cars. George Russell ended up pipping team-mate Lewis Hamilton for the final podium spot, but Leclerc was by far and away the best driver having led from start to finish.

Verstappen had been struggling with his Red Bull car all weekend and was having work done on his car on the grid just minutes before the start of Sunday’s race. And the Dutchman feels it is “unacceptable” that he was unable to finish the race for the second time this season already.

“We’re already miles behind, so I don’t even want to think about the championship fight at the moment,” Verstappen told Sky Sports. “It’s more important to finish races.

“Today was in generally just a bad day and not really having the pace. I was just managing my tyres to try to bring it to the end because it looked like quite an easy P2 and there was no point trying to fight Charles because I couldn’t put pressure on him.

“But we didn’t even finish the race, which is pretty frustrating and unacceptable.”