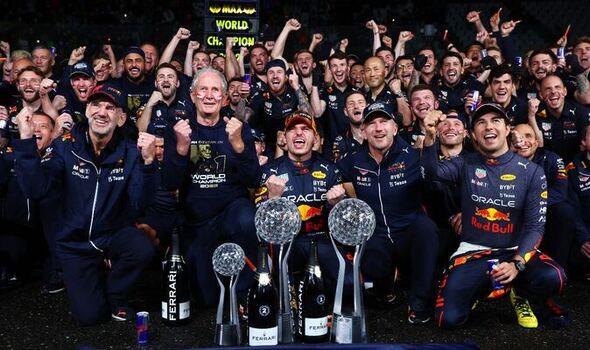 Max Verstappen fully deserved both of his world championships and there is no doubt either of his titles have been ‘tarnished’ by the controversy surrounding the Abu Dhabi Grand Prix or the recent revelation Red Bull breached last year’s budget cap. That’s the view of F1 icon Emerson Fittipaldi, who insists Verstappen had “nothing to do” with either dispute.

The manner of Verstappen’s title win last season was surrounded with controversy following Michael Masi’s decision to allow the Dutchman to close up to Lewis Hamilton under the Safety Car heading into the final lap. The FIA have since admitted Masi’s mistake with the race director being replaced.

But there are now new allegations against Red Bull with the FIA finding they were in breach of the strict £114million budget cap for 2021. Red Bull had knocked back initial reports they had exceeded the limit and were “surprised” when the FIA confirmed otherwise.

F1 fans and those inside the sport are now calling for heavy punishment, with some even insisting on a points penalty for last year’s championship. Toto Wolff has made it clear that any breach of last year’s budget cap also has a knock-on effect for this year and also 2023, giving them an advantage over others.

Red Bull have dominated the 2022 championship with Verstappen far and away the best driver on the grid. He secured his second consecutive title at the eventful Japanese Grand Prix, but is also facing questions on the validity of his victory given Red Bull’s budget breach.

But Fittipaldi, who won the F1 championship in 1972 and 1974, insists nothing should be taken away from Verstappen. When asked by Vegas Insider whether he felt Verstappen’s two titles are ‘tarnished’ by the controversy from Abu Dhabi and Red Bull’s budget cap breach, Fittipaldi said: “No. Absolutely nothing to do with Max.

“What happened in Abu Dhabi had nothing to do with Max’s talent and he deserved to be world champion. And this year is exactly the same. Max showed the performance, showed his talent, showed that under pressure he doesn’t wither. He showed that he is a world champion.

“When you’re starting a new year as defending world champion, there is a lot of pressure. And he dealt with that very well.”