Verstappen found Russell in the media pen before tapping him on the back to offer his congratulations. Verstappen said: ‘Well done mate.”

It came moments after Verstappen launched an angry team radio tirade after suffering mechanical issues in the closing stages of Q3. The Dutchman reported a loss of power on his final warm up lap which menat he was unable to challenge for pole.

He was only quick enough for seventh after his first run after locking up his tyres and running wide. The reigning champion shouted at his team to “fix the issues” after dropping to tenth as others improved. 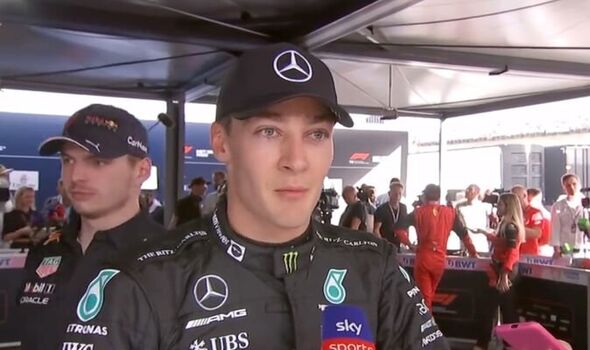 Meanwhile, Russell delivered one of the shocks of the season so far by putting his Mercedes at the top of the timesheets. The Silver Arrows appeared to lack pace in yesterday’s practice sessions despite Russell’s admission the weekend was salvageable.

Russell and team-mate Lewis Hamilton topped the first part of qualifying which raised suspicions the German manufacturer could challenge. However, after qualifying the Mercedes man claimed he doesn’t know where the pace came from as he unqualified both Ferrari’s on pure pace.

He explained: “I mean, yesterday was arguably our worst Friday of the season and we worked so hard and we didn’t know what direction to go in. Then that last lap, I got around Turn 1, mega Turn 1, then mega Turn 2 and the lap time just kept coming and kept coming. 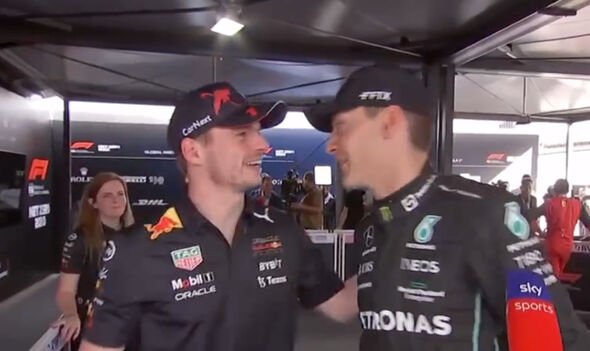 “I came across the line and looked at the screen and saw we came P1 and it was an incredible feeling. We need to look into it and understand where that came from today.

“We are going to be absolutely going for it but either way that was a special day no doubt.”