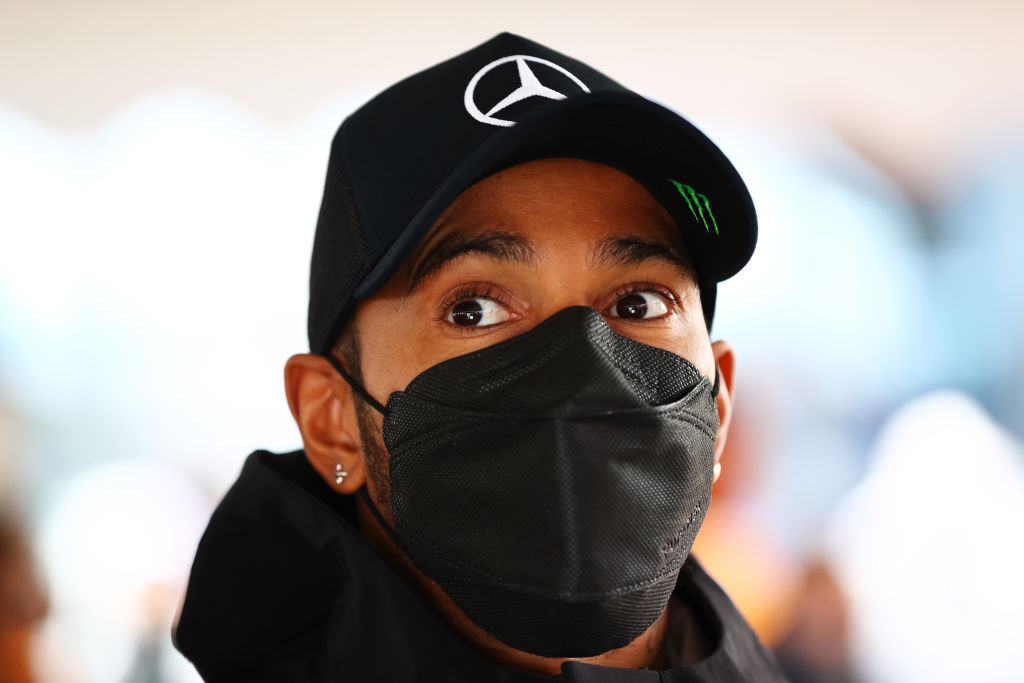 Sir Lewis Hamilton has admitted that he is in no position to fight for the Formula 1 title, after a disastrous showing at the Emilia Romagna sprint race on Saturday.

After Friday’s dismal qualifying session, Hamilton was hoping to claw back some momentum during the sprint, which, as well as offering points to the top eight finishers, determines where drivers will start for Sunday’s main race.

However, the seven-time world champion was unable to drag his underperforming Mercedes up the order, instead losing a place and finishing a lowly 14th.

His teammate George Russell fared no better at the Imola circuit, remaining in 11th place, with the W13 car still suffering from the ‘porpoising’ issues that have plagued both drivers since the start of the season.

‘We are obviously not fighting for the championship,’ Hamilton told Sky Sports after the sprint.

‘But we’re fighting to understand the car and improve and progress through the year. That’s all we can hope for now.

‘A lot of work is going on in the background, but it is what it is, it’s what we have. Ultimately, we haven’t got it right this year but everyone’s working as hard as they can to reverse it.

‘The team have been through many, many bad years. Most of the people I am working with have been here 20 years.

‘We stick together, we try to motivate everyone, and this is the situation that we are faced with, but everyone has their heads down, everyone is working as hard as they can.’

Following Saturday’s result, Hamilton has dropped back to sixth in the standings behind Max Verstappen, while Mercedes have also dropped to third behind Red Bull in the constructors’ table.