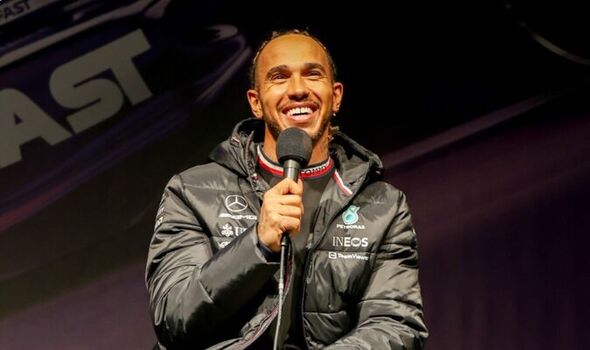 Lewis Hamilton has explained Mercedes’ primary goal amid a troublesome start to the 2022 season, compared to their previous dominance in the hybrid era. The Silver Arrows have been on a damage-limitation mission in the opening month of the new campaign… and to significant success.

Toto Wolff and Co. have experienced challenging issues during the dawn of a new era in F1 following major aerodynamic updates to cars on the grid. Mercedes have slipped behind Ferrari and Red Bull in terms of overall performance but enjoyed a positive weekend in Australia.

Further Red Bull reliability issues sparked Max Verstappen’s retirement from Sunday’s Melbourne race, paving the way for George Russell to earn his first podium spot since switching from Williams whilst Hamilton finished in P4. The result sensationally – given their early issues – lifted Mercedes into P2 in the constructors’ championship.

And after the third GP of the year, Hamilton admitted that the team’s main goal, for now, is to maximise points whilst they continue to experience problems with the W13 challenger. He said: “Yeah, that’s the goal right now – while we still have these problems, it’s just maximise our points and that’s what we’ve done today.”

Charles Leclerc was triumphant in Melbourne after also winning on the opening weekend in Bahrain and finishing second behind Verstappen in Saudi Arabia. The Monegasque’s early dominance has helped Ferrari to a healthy lead with 104 points as Mercedes trail on 65.

The drivers’ standings make for even more interesting reading, with Russell currently sat in P2 with 37 points, 34 behind the 24-year-old championship leader. Lewis Hamilton is in P5 on 28 points behind Carlos Sainz and Sergio Perez, one place ahead of Verstappen with a haul of 25.

Despite his victory at the Jeddah Corniche Circuit, it’s been somewhat of a nightmare start to Verstappen’s world title defence. The Dutchman was on course for a comfortable P2 finish at the very least in the Australian GP, but luck wasn’t on his side again.

The F1 season takes another break this coming weekend but returns next Friday as the drivers return to the Autodromo Enzo e Dino Ferrari for the Imola race. Ferrari will be confident of extending their healthy lead at the summit of both standings on home turf.