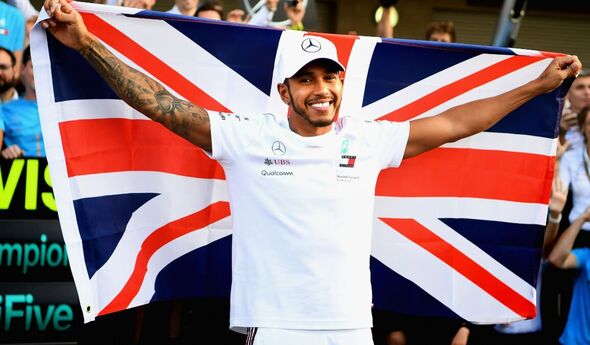 F1 star Lewis Hamilton once felt the wrath of Stevenage residents after referring to the ‘slums’ of his home town. The Mercedes driver made the comment in 2018 after winning his fifth world title – leaving locals of the Hertfordshire town unimpressed by the comment.

Despite being crowned world champion in 2018, the Mercedes star finished second in the BBC Sports Personality of the Year awards behind Tour de France winner Geraint Thomas. During the show Hamilton was interviewed about receiving the prestigious nomination by presenter Gabby Logan.

“It’s been a really long journey, a dream for us all, as a family, to do something different, to get out of the slums,” said Hamilton who then backtracked on his comment.

“Well, we would say it’s not the slums, but just come out from somewhere and do something. We all set our goals very high but we did it as a team.” Hamilton was born and raised in the English town, which sits 27 miles north of London, and started his go-karting career there aged six.

Despite backtracking on his comment, Hamilton found himself in hot water with some of the Stevenage dignitaries and residents. Stevenage Borough Council leader Sharon Taylor, who was given an OBE for her work in local government, tweeted her disappointment at the Mercedes star’s comments.

She said: “Congratulations to @GeraintThomas86 for his win at #SPOTY last night! Disappointing that @LewisHamilton chose to use this event to make negative comments about his home town. Nowhere is perfect but we’ll go high & say we are #ProudofStevenage.”

DON’T MISS:
Charles Leclerc weighs in on Lewis Hamilton fashion taste as F1 star steals limelight
Lewis Hamilton warned he may only win a few more races even if he stays in F1 until 2027
Lewis Hamilton shares birthday plans with fans as Mercedes star celebrates turning 38

Other sporting stars from Stevenage include golfer Ian Poulter along with footballers Jack Wilshire and Ashley Young. As part of the successful Netflix show Drive To Survive, the Mercedes driver returned to his former home in 2021.

“I grew up in a normal town,” Hamilton previously said. “I know that I couldn’t have got here on my own.” Once he made it into the F1 ranks, Hamilton moved away from his Stevenage roots to Switzerland in 2007 and then Monaco three years later.