‘Winning is a LONG way off’: Lewis Hamilton insists Mercedes ‘have not made any progress’ after battling his way into fifth place in Australian Grand Prix qualifying… as he reiterates ‘I don’t enjoy driving this car’

Lewis Hamilton insists Mercedes are still a long way off competing this season after the seven-time champion could only manage fifth in qualifying for the Australian Grand Prix.

Hamilton and Mercedes were again off the pace of the leading teams with Charles Leclerc taking pole position in his Ferrari from the Red Bull of Max Verstappen.

Although he finished nearly a second off Leclerc’s pole time in Melbourne, Hamilton produced a commendable effort to wrestle his Mercedes onto the third row, alongside team-mate George Russell. 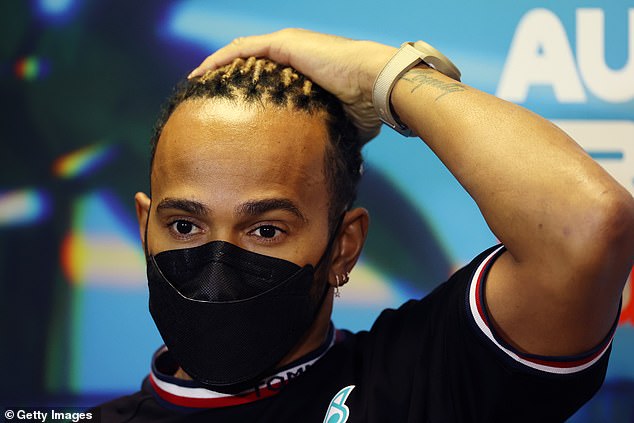 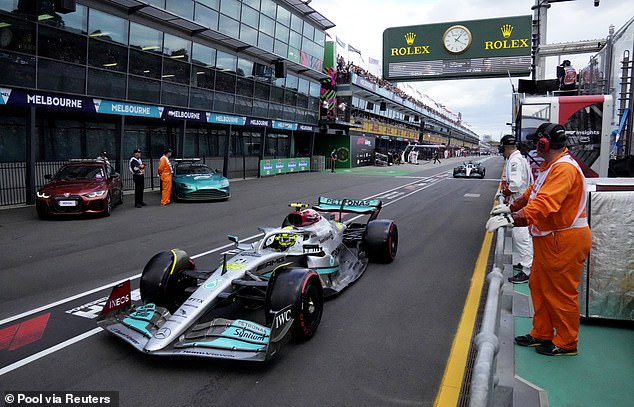 It also marked a significant improvement from his effort in Saudi Arabia where he failed to even make it out of the first part of qualifying.

But Hamilton – who has been a vocal critic of Mercedes’ car this season – was still left dissatisfied, and once again insisted he is not enjoying his drives so far in the new campaign.

‘We have not made any progress,’ said the seven-time world champion. ‘I really hope over this next week we can get as much information and figure something out.

‘I wish I could be optimistic and say we have got something better coming, but at the moment we don’t. 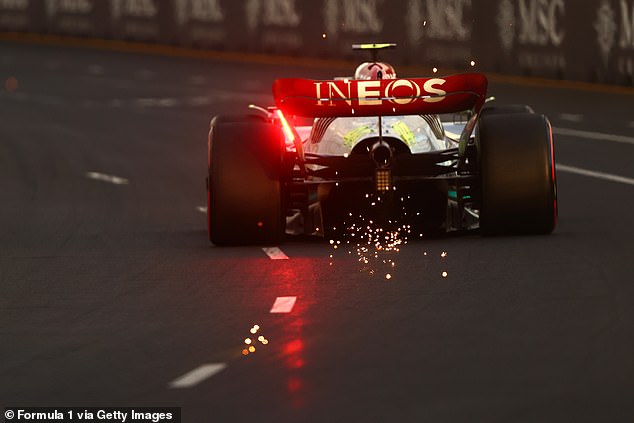 Hamilton and Mercedes were again off the pace, finishing fifth in Australian Grand Prix qualifying

‘Winning is a long way off, a second off, so it is a huge gap. I don’t enjoy driving this car but I enjoy the collaboration with the guys, knowing that there is a steep hill to climb and remaining hopeful that we will get there.’

Hamilton did add however that it was ‘nice to be back up there’ after he struggled during Friday’s practice sessions.

‘I feel like my lap, I feel like there was a little more in the car so that is a positive,’ Hamilton told Sky F1.

‘I am also naturally gutted that I wasn’t able to extract that little bit but the problem is when you push that car a little bit more she is quite spiteful, she is like a viper or like a rattlesnake, you never know.’

One of Mercedes big problems continues to be the ‘porpoising’ phenomenon with the car bouncing up and down at high speed going down the straights. 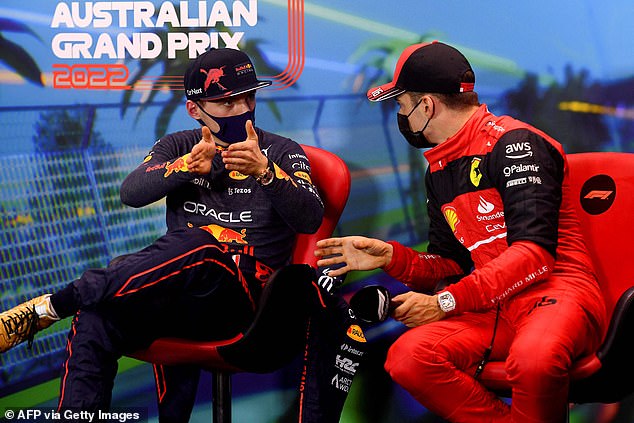 The seven-time champion and his team-mate continue to use different approaches as they look to combat the issue.

Hamilton added: ‘Basically we just have to try and find a level of the bouncing, as hardcore as we can go without rattling our brains out.’

He added: ‘I have something in my car that makes it a little heavier but hopefully it will enable the team to gain more information for the race tomorrow so hopefully off that we can make some progress.’

Much like the first two races, tomorrow’s Australian Grand Prix is a case of damage limitation for Hamilton and Mercedes. 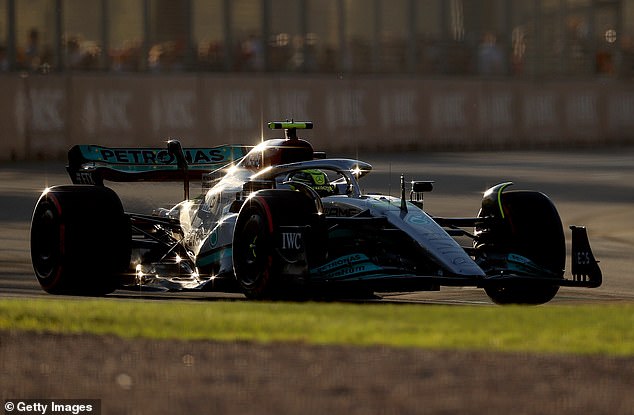 The race again looks to be between Leclerc and Verstappen, while Sergio Perez and Lando Norris also start ahead on Row 2.

Hamilton could face pressure from behind from the Ferrari of Carlos Sainz who qualified P9, as well as the Alpine of Fernando Alonso who showed brilliant pace until his crash brought on from being unable to change gears in the final part of qualifying.

The Brit is already 29 points off Leclerc and will hope not to lose too many more points this weekend as Mercedes work hard behind the scenes to close the gap on Ferrari and Red Bull.