Lewis Hamilton could have missed out on the Austrian Grand Prix weekend due to an FIA rule. Mercedes technical director Mike Elliott has stressed teams used to be allowed a test car which they could use in the event of a heavy accident.

However the rules were changed so teams can only bring their two race cars to a weekend. It meant the Silver Arrows had to frantically work ahead of Saturday’s second practice session to get Hamilton out for the weekend.

If mechanics hadn’t managed to do it, Hamilton may not have taken to the grid for the sprint trace and could have been forced to start Sunday’s Grand Prix from the back of the field. The seven-time champion eventually secured a podium as Mercedes took advantage of Sainz’s engine blowout.

Elliott said: “In Lewis’ case he had done so much damage to the chassis, actually only cosmetic damage, but damage that we couldn’t fix in the field. We had to sort of build his car from scratch on Saturday morning. A number of years ago we used to be allowed a T-car, so a complete third car was built in the garage. 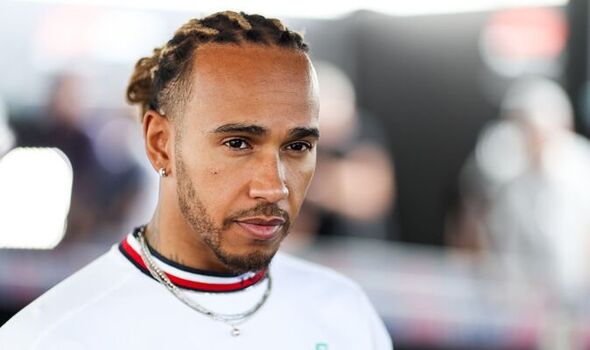 “But the rules were changed so you can only have your two race cars and you can carry just a spare tub or a spare chassis. So, that car had to be built from nothing, fitting the engine, the gearbox, all the suspension, all of the sort of car systems that bolt around the chassis, all had to be put in place.

“The mechanics managed to do that in three and a half hours on Saturday morning, which is an amazing achievement, and all credit to them for actually getting us back out and into FP2.” Test cars were banned ahead of the 2008 season in a bid to reduce costs.

The rule helped several drivers who crashed at the start to jump in their car and continue. 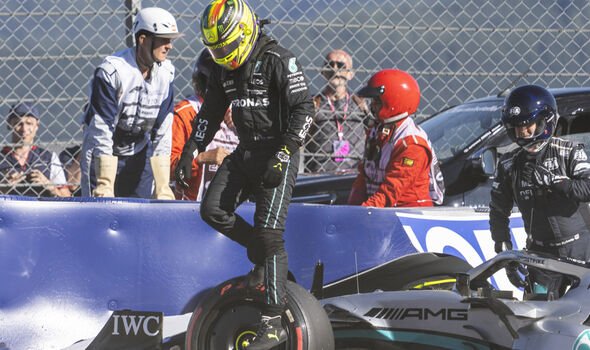 Some examples were Martin Brundle after his start-line crash at the 1996 Australian Grand Prix and David Coulthard after hitting the wall at the 1998 Belgian Grand Prix. Otmar Szafnauer has called for spare cars to make a return after Esteban Ocon was caught out in Miami.

The Frenchman crashed in FP3 and was forced out of qualifying after the team found a crack in his chassis. Given the short turnaround, it was impossible for the team to make the repairs needed to qualify.

Szafnauer told Motorsport.com: “We should look again at the presence of a third car. We used to have a T-car. I don’t think we should go back to that T-car completely because then you would need extra people.

“If the car is built with the same parts that you already have on the track, you are more likely to have it ready for qualifying.”