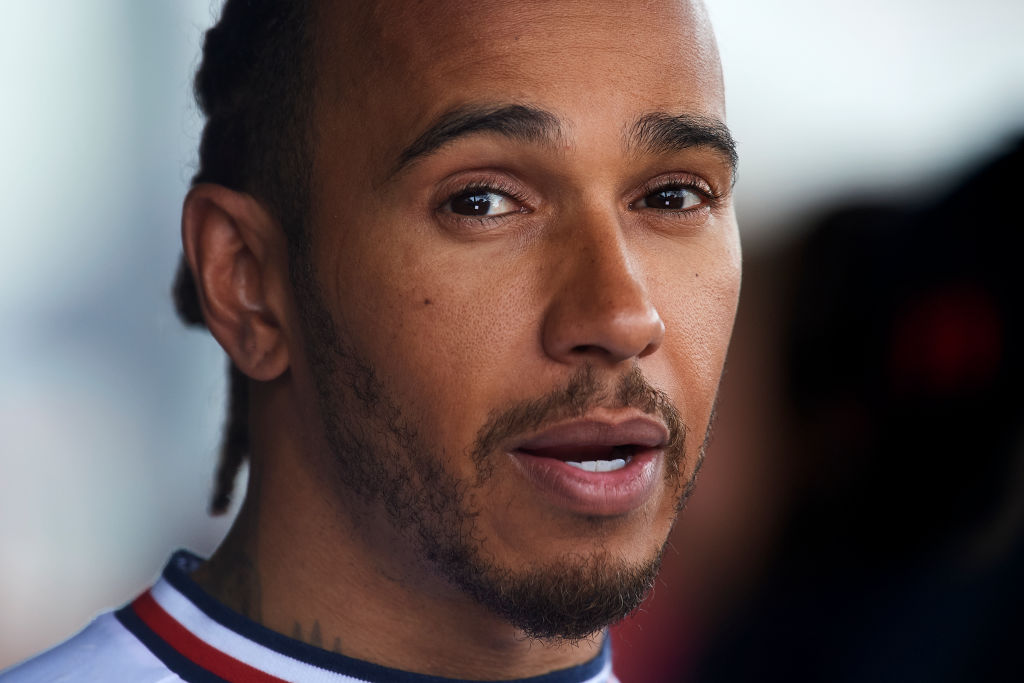 The three British Formula 1 drivers, Sir Lewis Hamilton, Lando Norris and George Russell have shared their disappointment at the qualifying result for their home race.

At a wet Silverstone circuit, it was hoped that the Mercedes duo of Hamilton and Russell could spring a surprise and qualify on the front row of the grid.

But while they showed promise in the first two sessions, neither driver could keep up with the frontrunners during the final run, with Hamilton set to start Sunday’s race in fifth and Russell in eighth while McLaren’s Norris is sixth.

‘There was definitely an improvement for us, and we seemed to have closed up a little, but I think in the dry we wouldn’t have had a chance to get into the top three but in the rain, we had a chance today,’ Hamilton told Sky Sports.

‘Our race pace was a little bit better yesterday [in practice] than our single lap pace. From fifth it will be tough but I’m going to try and work my way forward.

‘I’m a little gutted because we have such a great crowd here and I was pushing so hard to get on the front row and fight for pole position today. Fifth makes tomorrow tough but I will have this amazing crowd with me so let’s push forwards.’

Hamilton has won seven of the last eight British Grand Prix and you have to go back to 2013 for the last time there wasn’t a home driver on the podium at Silverstone.

While it will be difficult to keep that run going, Russell believes there is a chance, saying: ‘I want to get past Lando and [Fernando] Alonso as soon as possible and join the fight at the front.

‘Based on pure pace, we could be on par with the guys in front and I don’t see why we can’t fight for a podium but starting down in P8 its not where we want to be and it’s not going to be an easy task.

‘As the session progressed everything got slightly worse. I had really good confidence in Q1, and we were in the top three for the majority [of qualifying] but then I didn’t have it when it mattered. We definitely had the pace to be P4, P5 today.’

Norris was a little more optimistic than his fellow countrymen, adding that he was ‘very satisfied’ with sixth.

‘We’ve been in a decent place all weekend which is a little bit surprising because I think we’re the only team to not bring any upgrades. To be in that position is really good for us.

To hang on is going to be the real question for us. I’m expecting George to be coming past me very quickly, but our race is with Fernando and with Zhou [Guanyu]. It’ll be a good fight.