George Russell has claimed he and Lewis Hamilton “like to keep it close” after the two almost collided at the Dutch Grand Prix. Russell swept past Hamilton in the closing stages of the race after fitting a new set of soft tyres.

The former Williams driver got a great run out of the final corner and slipstreamed Hamilton down the home straight and almost clipped the back as he made the move. Russell then attempted to close the gap to Max Verstappen to secure victory but lacked the pace of the Red Bull.

He said: “Firstly a huge thank you to all the crowd here. It’s been an incredible reception. It’s a really special feeling for all of us drivers to come racing in Holland and in Zandvoort. Yeah we like to keep it close, always!

“As a team we’ve shown incredible pace. The team result wasn’t quite what we hoped for. But this gives us a lot of confidence and a lot of faith moving forward. It’s incredible to see three different teams on the podium. We as Mercedes are slowly getting closer to that top step. Let’s keep on pushing.” 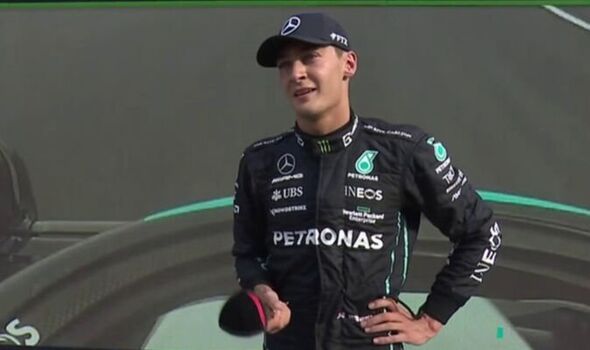 Hamilton dropped off the podium in the closing stages after deciding to stay out on older medium tyres as Charles Leclerc also got past. The seven-time champion was fuming as he dropped through the field, swearing at the team’s strategy over the radio.

Mercedes boss Toto Wolff and Hamilton’s race engineer Peter Bonnington apologised to the Briton moments after the chequered flag. Bonnington said: “Sorry about that Lewis. It was looking good but we’ll sit down and review decisions that we made there.”

Russell’s podum allows the Mercedes youngster to extend his championship advantage over Hamilton by a further six points. It means Russell will lead his experienced team-mate by 30 points at the Italian Grand Prix. 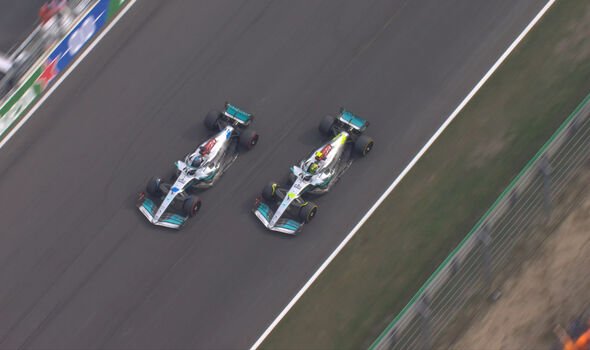 Max Verstappen went on to secure his tenth win of the season and his fourth back-to-back victory. The Dutchman now enjoys a massive 109 point lead in the championship with just seven race weekends remaining. But, Verstappen admitted he had to work for the victory as Mercedes almost snatched the top spot.

He explained: “Yeah it was not a straightforward race. We had to push the whole race. Of course the safety car, virtual safety car, we had to make the right calls. It worked out really well. Once we got back to the soft tyres we had great pace again.

“Before the safety car I thought it was OK until the end but then the safety car came out and I said, ‘I don’t think we’re going to keep it up if we don’t pit.’