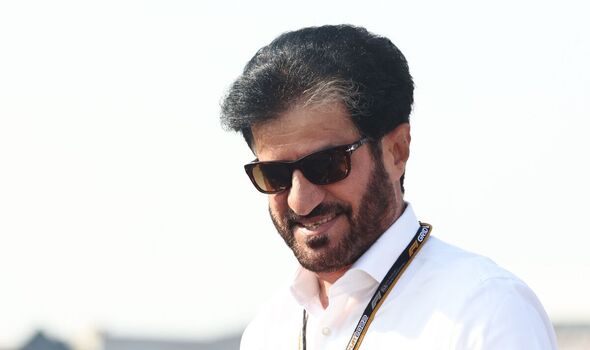 Ben Sulayem had encouraged applications from new teams with the launch of a formal ‘Expressions of Interest’ process and iconic motorsport brand Andretti is looking to capitalise by finally making its way into the paddock.

“I welcome the news of the Cadillac and Andretti partnership and the FIA looks forward to further discussions on the FIA F1 World Championship expressions of interest process,” Ben Sulaymen said after the announcement.

JUST IN: Red Bull ‘to have three cars on grid’ as Ricciardo teases F1 return

But the FIA president is clearly unimpressed by the lukewarm response received to the possible emergence of an Andretti Cadillac team on the grid from 2026. The huge collaboration between one of America’s most famous racing teams and its biggest motor company has not been welcomed with open arms by F1 teams, with notable opposition to a new addition by those already on the grid.

There are concerns in the paddock that an 11th team would dilute the commercial opportunities and prize money within the sport.

It is surprising that there has been some adverse reaction to the Cadillac and Andretti news,” Ben Sulayem’s Twitter post read on Sunday. “The FIA has accepted the entries of smaller, successful organisations in recent years.

“We should be encouraging prospective F1 entries from global manufacturers like GM and thoroughbred racers like Andretti and others. Interest from teams in growth markets adds diversity and broadens F1’s appeal.”

The prospective bid from Andretti Cadillac is yet to be approved and commercial rights holders F1 must sanction any new entry to the grid alongside the FIA.

“There is great interest in the F1 project at this time with a number of conversations continuing that are not as visible as others,” F1’s statement read.