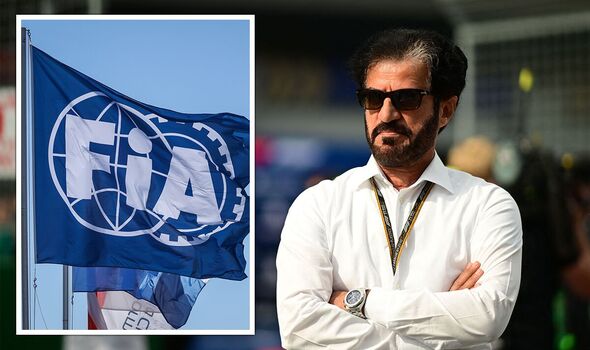 Mohammed ben Sulayem has hinted F1 race directors Niels Wittich and Eduardo Freitas could be sacked ahead of the new season. The pair were thrown into the role and split duties after Michael Masi was axed as race director after the 2021 Abu Dhabi Grand Prix.

Wittich enjoyed a wealth of experience as DTM director while Freitas was confident overseeing the World Endurance Championship and prestigious Le Mans 24 Hours race. However, both have been involved in a string of controversies in 2022 which has led to criticism from drivers.

The FIA President made the admission when asked whether the two chiefs will remain in charge for 2023. According to Spanish newspaper MARCA, he simply responded “no”, before hinting F1 will stick with the formula of having two directors.

He added: “There is a process underway. We have a team working on the training of commissioners and race directors. You cannot have just one (director). I think you have to have a second option.

“We cannot trust ourselves because what if something happens “We have to be prepared for any contingency if we want to strengthen our sport. I always believe that there is someone better in the world, a better marshal, a better race director… our team is training them and I promise you, and you are recording me, that we will have them.”

Freitas was sidelined as race director after a crane was allowed onto the side of the track at the Japanese Grand Prix. Marca claims Wittich could also face the axe after confusion around Fernando Alonso’s airborne crash at the United States Grand Prix.

Alonso was awarded a 30-second post-race for finishing the race in an unsafe condition after a protest from Haas.

The report suggests Wittich incorrectly told Haas they had an hour to file a protest, despite the regulations stating they had just 30 minutes. Alpine argued Haas’ argument as it had been lodged 24 minutes past the specific deadline.

The FIA initially declined to repeal the decision but eventually reinstated Alonso’s P7 after another review. The pair were also involved in a string of other controversies in their debut season.

Wittich clashed with Lewis Hamilton early on in the season after the FIA launched a crackdown on wearing jewellery behind the wheel. Both directors reportedly had a behind-the-scenes disagreement over the decision to delay the Monaco Grand Prix despite rain not yet falling.

Alonso even warned he had “concerns” over the race direction as early in May after drivers warned of inconsistent decisions.