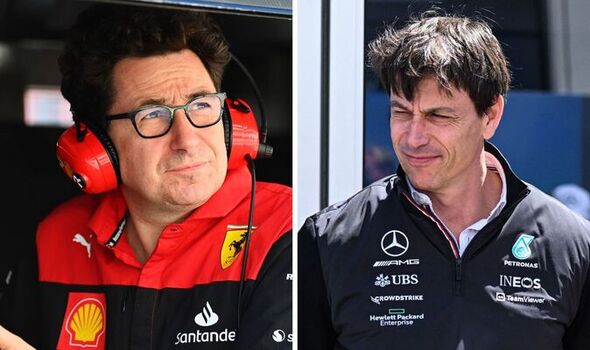 Ferrari boss Mattia Binotto has questioned how Mercedes were able to add a second floor stay so quickly after the FIA’s ruling ahead of the Canadian Grand Prix. On Thursday last week, the FIA announced that new limits would be set for an “acceptable level of vertical oscillations” drivers are subject to during the race.

The new technical directive comes in response to multiple F1 teams pushing for change due to the ongoing issues with porpoising. Their statement read: “The FIA has decided to intervene following consultation with its doctors in the interests of safety of the drivers.

“In a sport where the competitors are routinely driving at speeds in excess of 300km/h, it is considered that all of a driver’s concentration needs to be focused on that task and that excessive fatigue or pain experienced by a driver could have significant consequences should it result in a loss of concentration. In addition, the FIA has concerns in relation to the immediate physical impact on the health of the drivers, a number of whom have reported back pain following recent events.”

Mercedes drivers Lewis Hamilton and George Russell have arguably suffered with the effect of porpoising more than most, with the former complaining of severe back pain during the Azerbaijan Grand Prix. As part of the FIA’s new technical directive, teams were also permitted to add a second floor stay to the underside of their cars.

JUST IN: Hamilton asks Russell to do more ‘experiments’ ahead of British GP 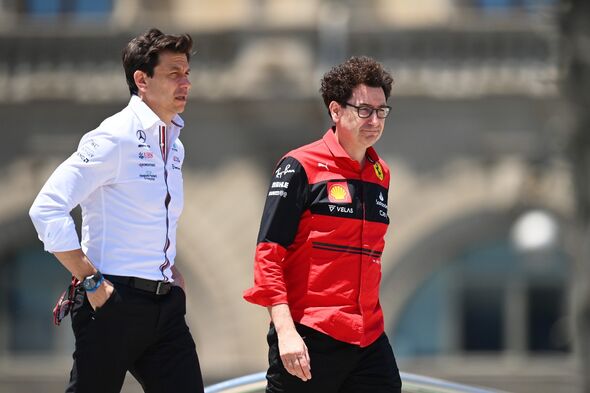 “Toto says they did it overnight,” Binotto told The Race. “What I can say is that Ferrari would not be capable of doing it.

“No doubt I’m surprised that a team is so strong in doing that overnight. I can maybe only trust what he’s saying.”

“And it’s something we mentioned to the FIA. A TD is there to clarify regulations, or to address policing. It is not there to change the regulations. That’s [a matter of] governance.”