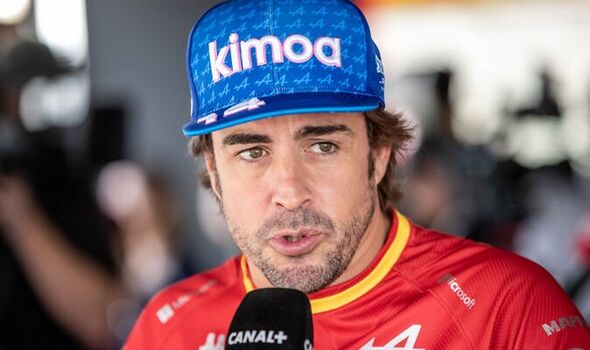 Fernando Alonso has refused to apologise for disparaging comments he made about race stewards after the Miami Grand Prix. The Alpine star launched some scathing attacks on officials after receiving a penalty during the race two weeks ago.

The 40-year-old claimed the stewards’ decision to add time to his finishing position after contact with Pierre Gasly was just ‘incompetence’. He also went further, claiming he believed the officials ‘were not very professional’

The Spaniard later went after new race director Niels Wittich who replaced Michael Masi for the new season. Alonso said: “Surely the most worrying thing is the Race Direction and the stewards.

“With all the changes that have taken place, they have not adapted very well, and it is a concern for all the drivers right now.” Some reports have suggested the FIA even considered a disrepute charge against Alonso, before eventually deciding against it.

After qualifying in Barcelona, Alonso was asked whether he had apologised on his earlier comments. Instead of replying, the two-time champion simply grinned, implying he hadn’t given a formal apology.

When pushed on the matter, he responded: “Apologise? Why?” However, the Spaniard revealed he had spoken to new FIA president Mohammed Ben Sulayem about the incident.

He said: “I speak with him regularly. He knew my feedback after Miami already. So he was aware of everything. At the end of the day, we are all trying to help each other you know, the FIA, drivers, GPDA, we are all in the same boat, and we try to make the sport more fair and better.

“So I think it was a nice and friendly talk, and we will move forward and hopefully get better and more consistent.” Alpine team principal Otmar Szafnauer defended Alonso’s position as he claimed other drivers had been treated differently.

“I think it’s justified that Fernando is irritated by the decisions of the FIA.”