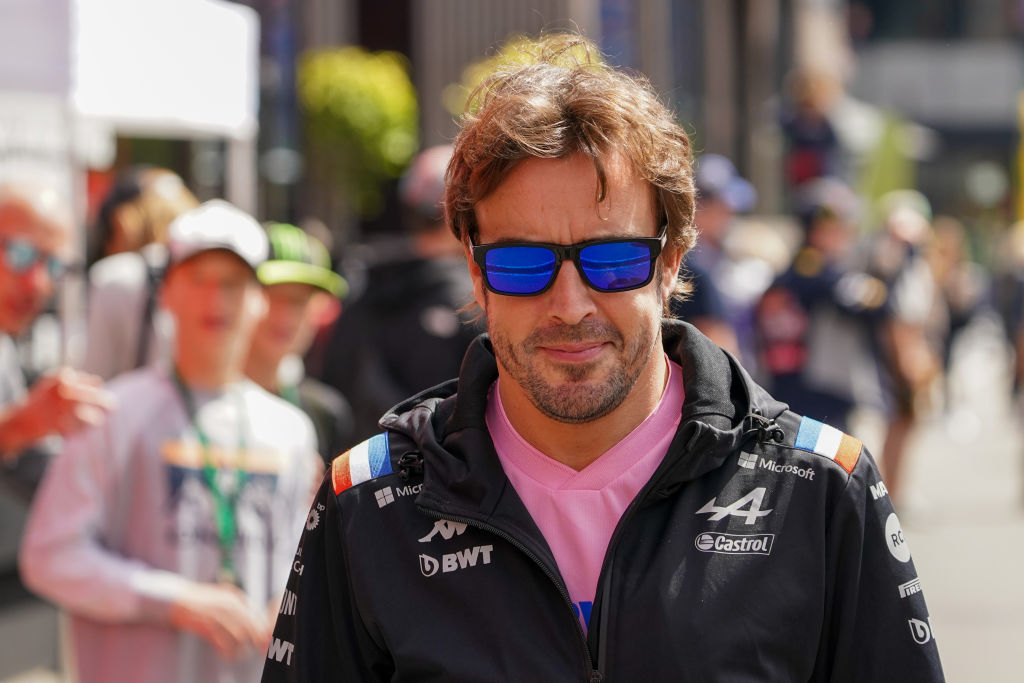 Fernando Alonso has admitted that he still thinks Formula 1 is ‘too boring and predictable’ despite the rules being changed in an attempt to make the sport more exciting.

The two-time world champion walked away from F1 in 2017, after growing tired of driving aimlessly at the back of grid in an uncompetitive McLaren.

However, he was enticed back last season with Alpine, by the news that wholesale regulation changes were being brought in with the aim of stopping one or two teams dominating the championship as had been the case over the last decade.

For 2022, cars were re-designed to make overtaking easier, and the introduction of a tighter budget cap was supposed to bunch up the grid and make the teams more evenly matched.

Alas, while there has been a little improvement, the changes have not had the desired effect, with two teams, Red Bull, and Ferrari, emerging as by far the quickest on the grid, while the gap between the frontrunners and the mid-table teams has, if anything, widened,

‘It’s all about Red Bull and Ferrari. Only Max Verstappen, Charles Leclerc, Carlos Sainz and Sergio Perez can win. I don’t know of any other sport where it goes like this.

‘The GPs have become more fun and with these cars you can fight better. Still, I think it’s too boring, but it’s also part of F1. There will always be teams that are faster than others.’

In 2021, eight out the 10 teams managed to finish on the podium, whereas half-way through this year Lando Norris’ third place at Imola for McLaren is the only time a team outside of Red Bull, Ferrari and Mercedes has done so.

Alonso is currently 10th in the standings, with Alpine fifth and level on points with fourth-place McLaren, but whether the 40-year-old will continue beyond this season remains to be seen.

The Spaniard is out of contract at the end of the year and Alpine are keen to give their young driver Oscar Piastri an F1 seat, although the Formula 2 champion has also been strongly linked with a loan move to Williams.

Alonso’s recent comments will have fuelled retirement speculation no doubt, and if he feels he is unable to challenge for podiums or even wins, it is likely he will leave F1 for a second time.

He added: ‘I miss the fierce podium duels. Of course, it feels great when I can excel for a while, like in Canada when I started next to Max on the front row.

‘The final stage at Silverstone [for the British Grand Prix] was sensational, but that was mainly because the Safety Car put the field together.

‘Suddenly I was an eyewitness, and I had a view of the leaders, but there was also a downside – halfway through the race I was sixth in no man’s land. Not very exciting.’