F1 press conferences LIVE: All 20 drivers face the media ahead of final-race showdown in Abu Dhabi… and it could get feisty with title rivals Max Verstappen and Lewis Hamilton paired up to speak at the same time

These are a pivotal next few days in Formula One as Lewis Hamilton and Max Verstappen to go into this weekend’s season finale in Abu Dhabi level on points in the drivers’ standings.

The dust is still settling from last weekend’s thrilling Saudi Arabian Grand Prix which hauled Mercedes’ Hamilton up alongside Verstappen with just one more race to go.

With preparations well underway for what is expected to be a thrilling weekend – both drivers will sit alongside each other in a press conference – as the most highly-anticipated F1 weekend starts here.

We will also bring you all the views of the other drivers as Kimi Raikkonen prepares for his final race before retirement, while George Russell and Antonio Giovinazzi prepare for their final races with Williams and Alfa Romeo respectively.

And George Russell has also been discussing his Williams goodbye:

‘The team gave me a chance in Formula 1 and I will always be grateful to them for that. I have learned the sport, developed my skills. I have made many friendships – not only during better times but also bad ones and they will be forever.’ 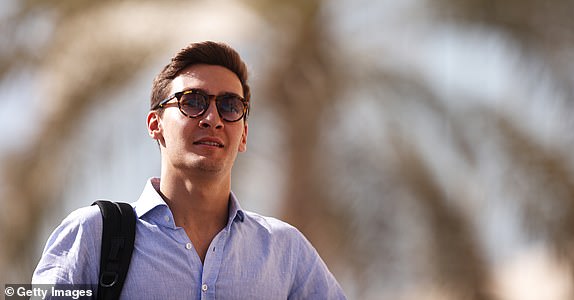 More on Kimi Raikkonen’s future in motorsport as he looks to leave Formula One after two decades following this weekend’s Abu Dhabi Grand Prix.

‘I have zero plans and I don’t think about anything,’ he says. ‘If there is an interesting proposal, we’ll see.’

Giving absolutely nothing away.

More questions about who the first pair of F1 drivers in this press conference want to win between Lewis Hamilton and Max Verstappen.

Russell wants a clean race but, as mentioned below, is backing his future team-mate and current compatriot Hamilton. Raikkonen says he is indifferent about it but is leaning towards Verstappen.

And it’s a big weekend for George Russell, who will be saying goodbye to Williams Racing before teaming up with Mercedes as Lewis Hamilton’s new team-mate.

He is asked two big questions: what’s the hardest race of your career so far? And who are you supporting this weekend out of Hamilton or Verstappen?

No prizes for guessing who Russell wants to win. But Spa 2021 was his pick for most challenging track so far. 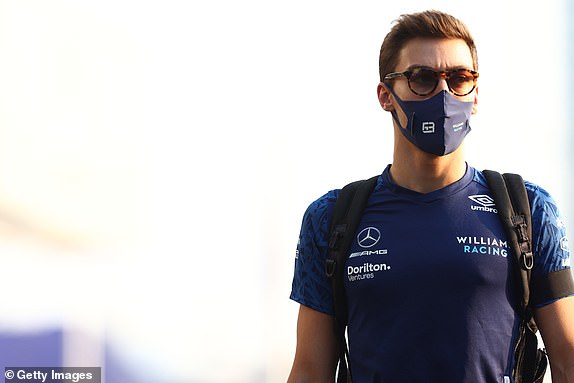 So Kimi Raikkonen’s press conference with George Russell is underway and the first question, naturally, is whether the Finn is looking forward to his last Formula One race.

‘I’m looking forward to when it’s done,’ is the response. Classic Kimi. 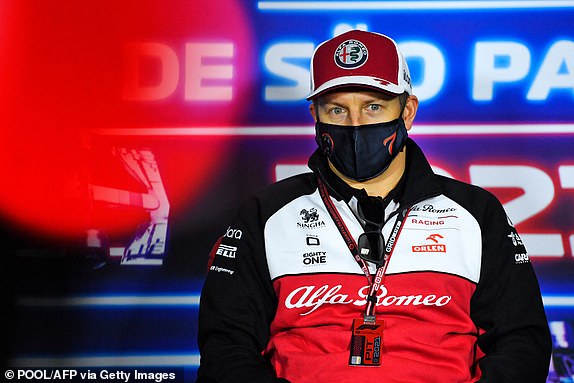 Here are the press conference pairings for this afternoon’s media briefings, the first one is understood to be starting soon and we’ll bring you snippets from the best of what each pair says – while also previewing the big one… 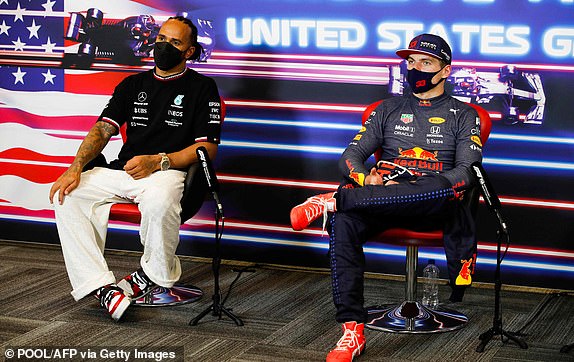 It’s not all all about the F1 title race between Hamilton and Verstappen by the way, there are plenty of other standout moments ahead of the Abu Dhabi Grand Prix this weekend.

This will be Kimi Raikkonen’s final race in Formula One after a glittering 20-year career, while George Russell and Antonio Giovinazzi will turn out for Williams and Alfa Romeo respectively for the final time. 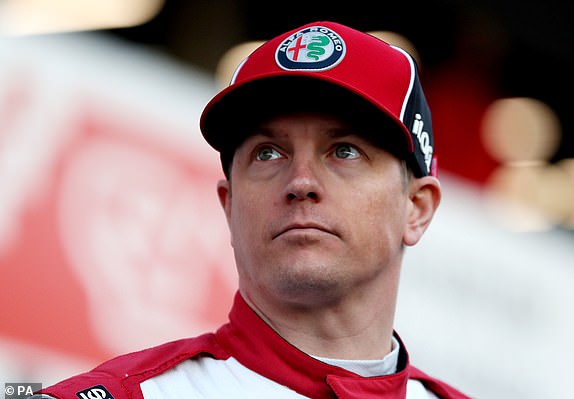 Last week’s race leaves us on the sharpest of knife edges.

Verstappen has the minor advantage at the top of the standings, with the Dutchman ahead of Hamilton despite their neck-and-neck points tally due to the virtue of race wins.

Hamilton still has a lot of work to do but this is the seven-time Formula One champions after all. 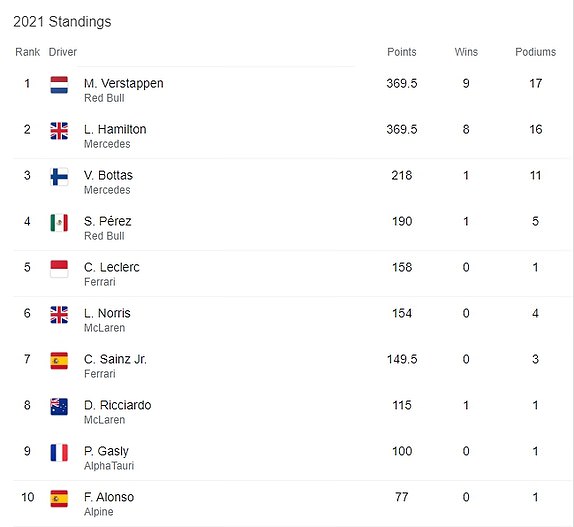 So, where did we leave things last time?

Last weekend’s Saudi Arabian Grand Prix, the first one on the newly-built Jeddah track, was utter chaos. Two red flags, so much on-track rubble, several safety cars and many crashes.

But the race was dominated by a shock collision between Hamilton and Verstappen that saw the former crash into the standings leader as the Red Bull man was trying to let him pass.

With too much drama to put into one blog post, I’ll leave it to Sportsmail’s Jonathan McEvoy to recap last weekend’s spectacle with his race report.

Your Formula One weekend – by far and away the biggest one of the season – starts right here.

Lewis Hamilton vs Max Verstappen has thrilled us since race one. Now it’s race 22 and we’re exactly where we started. Neck on neck. Level on points.

The dust has not even settled from the ‘Jostle in Jeddah’ which saw Hamilton haul himself onto Verstappen’s level – 369.5 points to be exact. Now it’s time for the ‘Decider in the Desert’ for Sunday’s Abu Dhabi Grand Prix.

Hamilton and Verstappen will meet for the first time since Saudi Arabia this afternoon as they sit together in a press conference expected at 1.30pm GMT – and we’ll bring you every word.

Hold on to your halos… 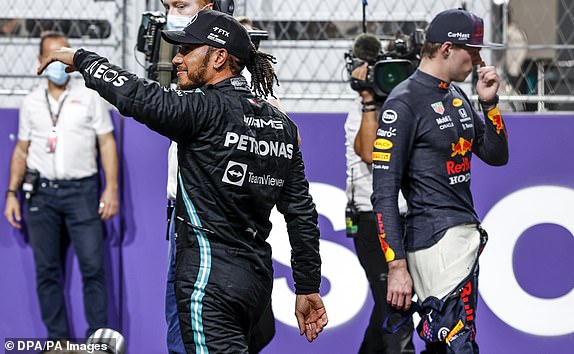