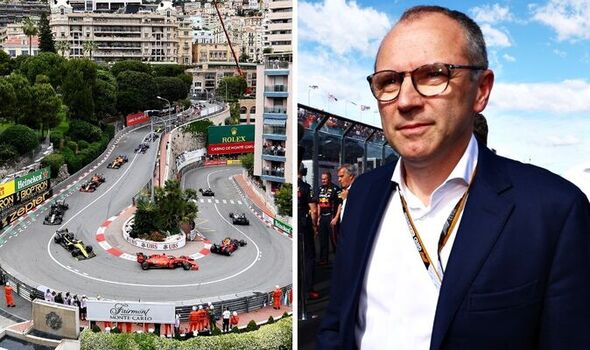 Monaco and F1 have gone hand in hand for decades but that relationship is at serious risk of coming to an abrupt end, according to reports. The Automobile Club de Monaco (ACM) has been in ongoing discussions with F1 for several months now with the current contract ending after this weekend’s race.

Negotiations are ongoing with no final outcome decided for Monaco’s place on next year’s calendar. While fans often complain about the lack of overtaking opportunities there, drivers still see the Monaco Grand Prix as a flagship race.

Only Monza has held more Grands Prix than Monaco and not having F1’s blue riband event would undoubtedly cause mixed reaction. But it appears as though the Monaco Grand Prix is at real risk of being axed from the calendar.

According to the I, F1 owners Liberty Media are in fact ‘keen to extend the deal’ with Monaco. However, there are certain conditions F1 bosses reportedly want as part of a new agreement on revamping the circuit and infrastructure around the famous race.

The current model is ‘no longer considered fit for purpose’ with the tiny principality reportedly reluctant to accept the changes required. There are also issues over both the broadcast and sponsorship deals in place with Monaco previously given special exemptions on both.

F1 teams and Liberty Media reportedly want sponsorship arrangements to be altered with some paying millions to advertise at Monaco while others pay nothing to F1. Lewis Hamilton spoke earlier this month where he made it clear that he wouldn’t want to see Monaco leave F1.

“It’s one of the crown jewels of our sport. So I’m not really sure it would be great to lose it,” he said. “There are good bits… I guess that the difficult part is that the racing itself is not that spectacular.”

Hamilton added: “Everyone that goes enjoys it. It is a prime location. “Adjusting the track is not easy because it’s the second smallest country in the world so we don’t have a lot of space there.

“Many of us live in Monaco. But it is just that iconic status it has, the history that it has, that is so appealing to drivers but also to those that are watching.”