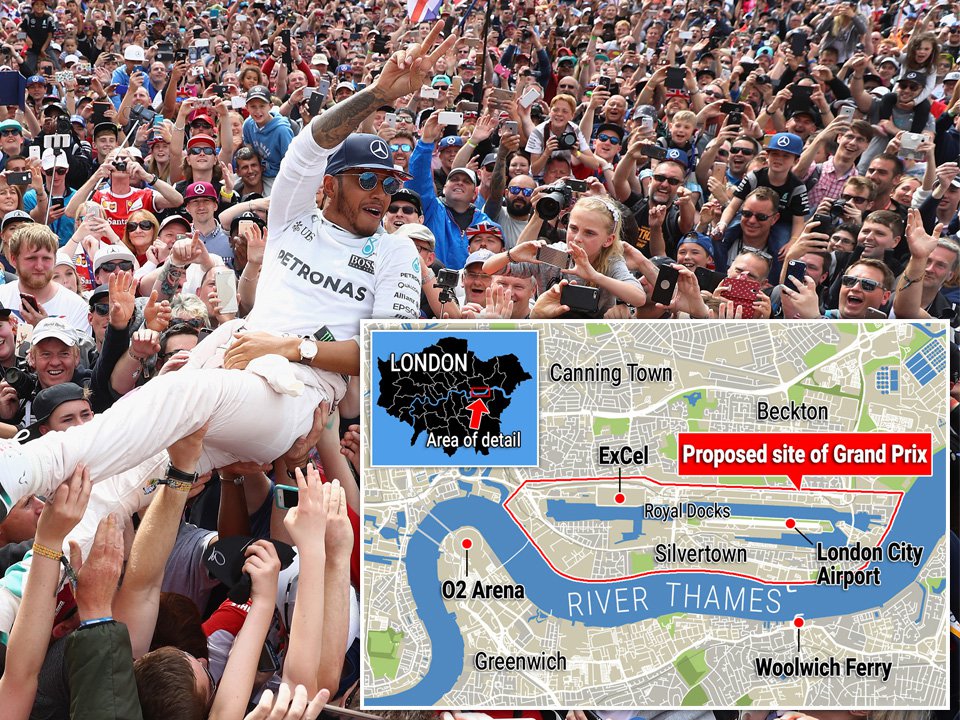 Plans to build a new Formula One race track in the heart of London’s East End are closer than ever with talks said to be at an advanced stage.

According to a report in the Daily Mail, US investment firm 777 Partners and an unnamed UK sports group are looking to build a brand new complex at the Royal Docks in Newham, east London that would be capable of hosting a grand prix.

Both 777 Partners and the UK group have also been in talks with F1 about the possibility of adding their race to the calendar in addition to the current British Grand Prix at Silverstone, with the proposal also having the backing of London mayor Sadiq Khan.

Speaking about the plans, 777 Partners founder Josh Wander, said: ‘We are hopeful that it is coming. We are hugely excited about it.’

‘There will be an electric atmosphere as the greatest athletes in the world, along with an international fanbase and the world’s largest companies as sponsors, descend on the Docks for race weekend.

‘More importantly, we will build a world-class sports and entertainment complex that can serve the community year-round and revitalise the surrounding areas. It is the type of thing you really can’t quantify until it actually happens, but the impact is dramatic.’

The plans to build a new track were supposed to be at an even more advanced stage by now, but progress was delayed by the covid-19 pandemic.

However, the proposal now looks to back on track with Khan hoping to persuade the organisers to turn the race into a carbon neutral event, where spectators would get to and from the track by public transport only.

Unmesh Desai, London Assembly member for City and East, said: ‘It is about opening up east London.

‘There is so much potential and that is why Formula One want to be involved. They believe in us and we believe in them. It is a two-way partnership.

‘When Formula One and other major events come to east London, it will show that we are now firmly on the map. I am more than hopeful. It will happen.’

The prospect of a London race has also been met with positivity by the F1 paddock, with Mercedes boss Toto Wolff saying that ‘racing in London would top everything,’ while Red Bull Team Principal Christian Horner adding that it would be ‘fantastic.’