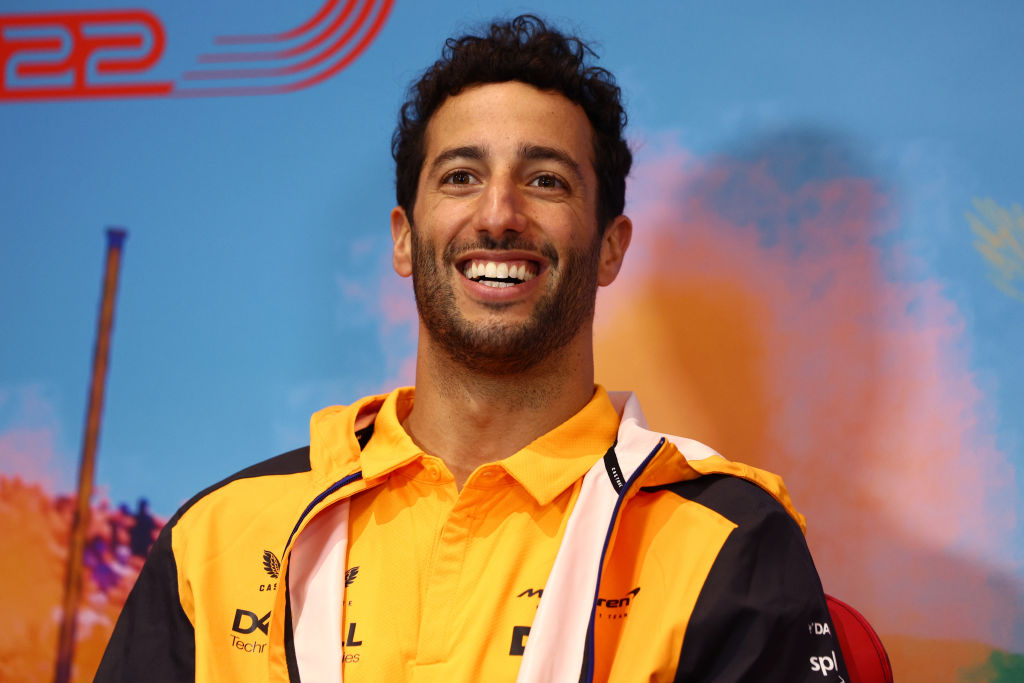 Daniel Ricciardo has confirmed that he will continue to race for McLaren in 2023 amid speculation surrounding his Formula 1 future.

The Australian signed a three-year deal with the team when he joined them from Renault in 2021 but has largely struggled since the move.

His finished behind teammate Lando Norris last season, although he did claim victory at the Italian Grand Prix, McLaren’s first win since 2012, and this year the gap between the two drivers has widened.

At the halfway point of the season, Norris is seventh in the standings on 64 points, while Ricciardo is 12th on just 17 points.

As a result, there had been reports that McLaren could replace the 33-year-old despite having a least another year on his contract, but the driver has now seemingly shut this down for good.

‘There have been a lot of rumours around my future in Formula 1, but I want you to hear it from me,’ Ricciardo wrote on his social media pages on Wednesday.

‘I am committed to McLaren until the end of next year and am not walking away from the sport.

‘Appreciate it hasn’t always been easy, but who wants easy! I’m working my ass off with the team to make improvements and get the car right and back to the front where it belongs.

‘I still want this more than ever. See you in Le Castellet [for the next race in France].’

Ricciardo has previously reiterated his desire to stay with the Woking team, and McLaren CEO Zak Brown had also said that he wanted the eight-time race winner to see through his deal, although he did admit he hadn’t lived up to expectations.

The rumours about the former Red Bull driver leaving increased earlier this week when McLaren announced the signing of IndyCar champion Alex Palou to their racing roster, who has often been touted with a move to Formula 1.