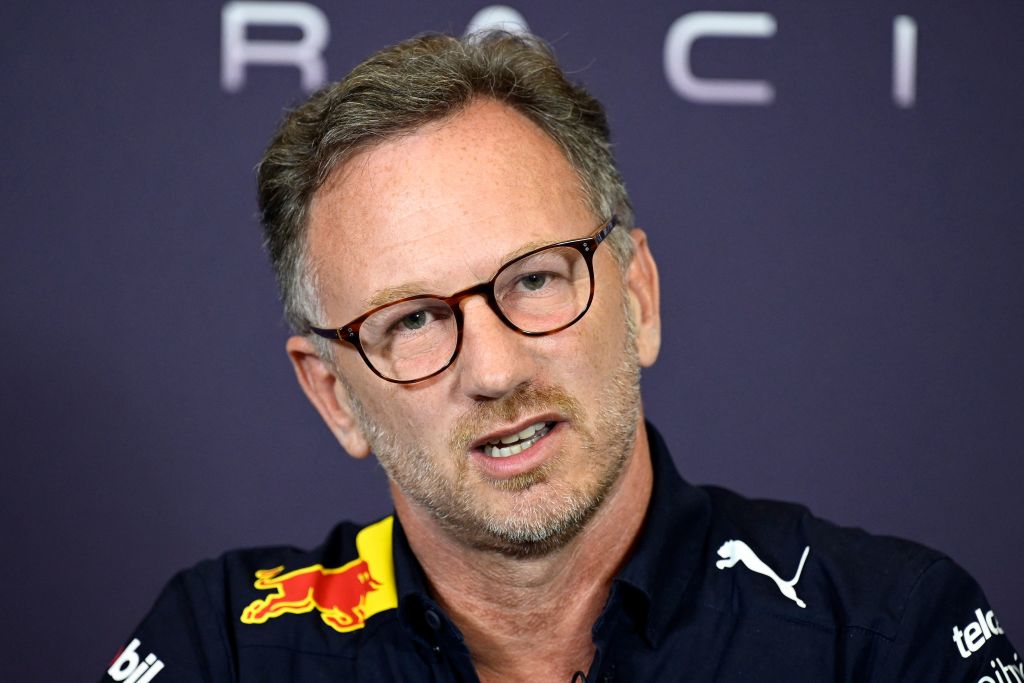 On Friday, the FIA announced that Red Bull had been fined £6million and would have their wind tunnel testing time reduced by 10% for next season, after they were found to have committed a ‘minor’ breach of last year’s budget cap.

Horner’s team was the only one on the grid to exceed the cap, overspending by £1.8m, though it has been acknowledged that had Red Bull taken a tax subsidy that they were entitled to they would have only overspent by around £400,000.

The issue sparked outrage amongst their rivals who claimed that even the slightest overspend will have helped Verstappen’s title campaign and had a knock on effect for seasons to come.

With three races still to go, Verstappen and Red Bull have already won both the drivers’ and constructors’ championships for 2022.

There have been calls for Red Bull to be sufficiently punished and while the FIA’s ruling may seem light to some, Horner was left furious.

‘I hear people say it’s not a severe penalty, but 10% less wind tunnel time and other aerodynamic tools is a draconian penalty,’ he said in a press conference ahead of this weekend’s Mexican Grand Prix.

‘That is an enormous amount. That represents between a quarter and half a second worth of lap time. That has a direct effect on next year’s car and will be in place for 12 months.’

Ever since speculation that Red Bull had breached the budget cap began, the team have denied any wrongdoing, and even after the penalties were confirmed Horner was still adamant that his side did not cheat.

He has instead claimed that the overspending was caused by three non-racing related things, namely catering, redundancy costs and sick pay.

‘I stand by the statement that there was zero benefit – not one penny [of the overspend] was spent on the performance of the car,’ Horner added.

‘Did we see any on-track performance? No, we didn’t. Are there things we could do better from an accounting perspective? Of course there are lessons that could be learned but not just on our side, I think on all sides.

‘I’m astounded no other teams have found themselves in this position but good for them that eight have fully complied.’

While they did not overspend, Aston Martin were found guilty of a procedural breach of the cap and have been fined £388,000.