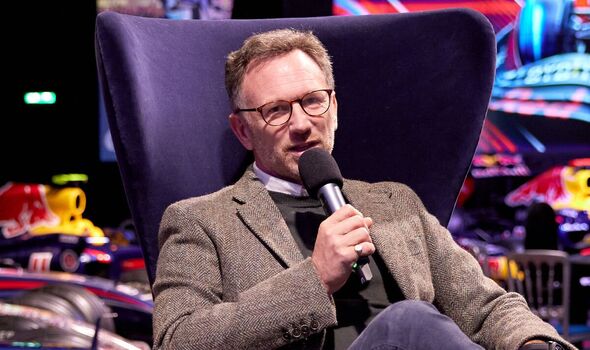 Christian Horner has named his two favourite races of all time – and they both came in Abu Dhabi. When an F1 campaign goes right down to the wire the world’s attention focuses on the season-finale in the Middle East.

And that is where some of the biggest highlights of Horner’s career have come. The first is that epic battle between Max Verstappen and Lewis Hamilton in 2021, where a controversial call from race director Michael Masi saw Verstappen claim his maiden Drivers’ Championship.

Horner has also chosen the 2010 Abu Dhabi Grand Prix as another golden memory. On that occasion, four drivers went into the finale with a chance of claiming the world title. Sebastian Vettel was third in the standings, behind Ferrari’s Fernando Alonso and his Red Bull team-mate Mark Webber.

But the German drove a remarkable race to cross the chequered flag first. Hamilton, who had an outside chance of claiming the title, finished second, meaning Vettel because the youngest champion of all time and sparked Red Bull’s four-year dominant era.

When asked about his most memorable races at a PokerStars event, Horner said: “It is a tricky one. There are probably two and they are both in Abu Dhabi.

“Obviously the first one is last year, that final which is one of the most watched moments of sport, certainly last year. All coming down, after a heavyweight fight from the first race to the last, going down to the last lap where Max was able to win that Championship.

“The emotions and tension in that were insane. To see him achieve that, especially after such a long period where one team dominated for, was hugely exciting and rewarding and stressful.

“The one before that was also Abu Dhabi with Sebastian Vettel in 2010 going against the odds. Four drivers went into the final race with a chance of winning and he just got his head down and won the race. The results played out and he won the championship and it was the first championship that we won. If I’m being selfish it would be those two moments.”

Red Bull teamed up with PokerStars at the start of the 2022 season, before going on to win their first Constructors’ Championship in nine years. The partnership is set to continue for this year, with PokerStars holding their prestigious PSPC event in the Bahamas on January 30 to February 3.

Speaking of the links between F1 and poker, Horner said: “They are both high-risk, high-reward activities. F1 is one of the most competitive sports in the world and of course you have to approach it in a way, a bit like a poker game.