F1 preview: A lap of the French Grand Prix

Charles Leclerc has now thrown away 75 points from winning positions this season in a damning statistic which suggests Max Verstappen will go on to retain his F1 Drivers’ Championship crown. The Ferrari driver was on course to cut the Dutchman’s lead at the summit of the standings as he led the early stages of the French Grand Prix at the weekend, only to crash out after making a crucial error on lap 18.

Having claimed pole in Saturday’s qualifying, Leclerc then held off Verstappen in the early stages of Sunday’s race. However, when the pressure was applied, the 24-year-old failed to hold his nerve.

Just one lap after Verstappen pitted, Leclerc spun out and saw his Ferrari skid into the barriers. The Monegasque driver was then left to watch on as his Red Bull title rival cruised to victory to extend his lead atop the Drivers’ Championship standings.

Having now squandered a staggering 75 points from leading positions, Leclerc finds himself a mammoth 63 points adrift of the defending champion Verstappen. Sunday was also the third occasion this season in which Leclerc has failed to finish when leading the race.

JUST IN: Horner explains how Verstappen has ‘exceeded his wildest dreams’ 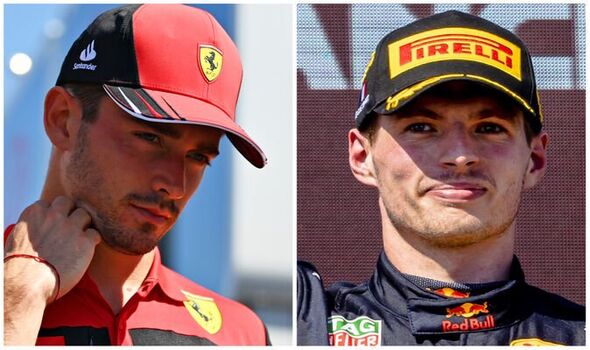 If that wasn’t painful enough for the Ferrari man, he’s seen five drivers record more points than him over the past six races – with Verstappen having extended his advantage over Leclerc by 57 points in that time. The Red Bull racer has registered 123 points since Monaco, while a rejuvenated Lewis Hamilton has amassed the second-highest points tally over the same period with 81.

Leclerc’s Ferrari team-mate Carlos Sainz has scored 79 points over the past six races – one more than Red Bull’s Sergio Perez. Mercedes’ George Russell has recorded 69, which is three more than Leclerc has earned over the same time.

Following Sunday’s heartbreak at the French Grand Prix, Leclerc accepted full responsibility for making an “unacceptable mistake” which saw him crash out, before admitting his speed is “pointless” if he keeps making errors. Leclerc told Sky Sports: “A mistake, a mistake. 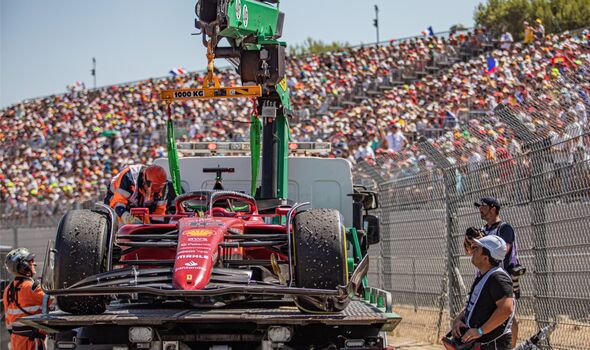 “I’ve been saying I think I’m performing at my highest level in my career but if I keep doing those mistakes then it’s pointless to perform at a very high level. I’m losing too many points – seven in Imola, 25 here – because honestly we probably were the strongest car on track today.

“So, if we lose the championship by 32 points, at the end of the season I will know where they are coming from. It’s unacceptable, I just need to get on top of those things.”