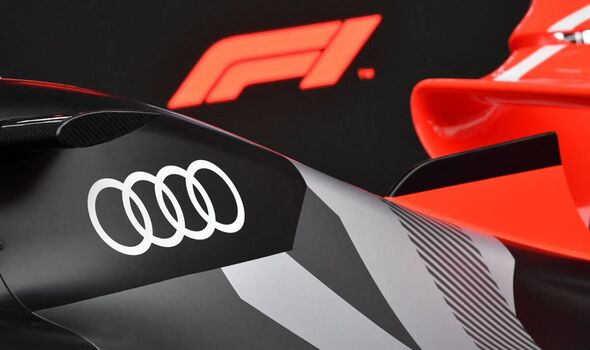 Former F1 driver Allan McNish has offered Audi some words of wisdom as the team prepares to join the sport’s ranks when it takes over Sauber in 2026. Namely, the Scot has warned the German manufacturer of the difference between competing for the top prizes in F1 compared to other racing formats.

McNish, 53, has won the 24 Hours of Le Mans on three occasions, the last two of which were as part of Audi teams. He’s also led the constructor to three championships in the American Le Mans Series and spent one season driving for Toyota’s F1 outfit in 2002.

However, McNish’s first dip in F1 waters was an unsuccessful one as he failed to contribute any points en route to a 19th-place finish. Now working as co-ordinator of all Audi Group’s motorsport activities, the ex-driving star is eager to ensure the company has an easy transition onto the grid.

“I was with Toyota at Le Mans and then jumping into Formula 1, it was a completely different game,” said McNish during a recent appearance on the Motorsport Magazine podcast. “Just in terms of the personnel, it had to multiply by three to be able to produce a Formula 1 programme.

“Now, admittedly, that was 20 years ago. That was when budgets were unlimited and when engines were unlimited. You would use three engines through the course of a weekend. Now, you’re basically looking at that number over a season. So there are a lot of changes.”

McNish isn’t coming into the role cold considering he’s gained experience as team principal of Audi’s Formula E team, a role he first assumed in 2017. Much has been made of Audi’s potential to make a significant mark in F1, where Mercedes and more recently Red Bull have dominated of late.

However, the Scot is also keenly aware of the gaps that separate those at the base of F1’s field from those consistently battling it out for race victories. And that divide between the wheat and the chaff is greater now than it ever was during his racing career.

“What was very clear to me was when I moved from Toyota at the end of 2002 to Renault as the third driver and also the reserve role, my first ever lap at Barcelona was quicker than my qualifying lap in the Toyota,” he continued.

“So, the difference between people that are fighting in the middle where – we have to be honest – Toyota were by the end of the season at best, and to where you’re fighting for race victories, is a huge gulf. I don’t think anybody can underestimate that sort of level and now, it’s even more so in Formula 1 at the top.”

Audi—or still Sauber, for the time being—has made a commendable hire after luring Andreas Seidl from McLaren to lead its operation. Chief executive Adam Baker has spoken of his hope to see Audi winning races by 2029, but McNish will look to keep his outfit grounded ahead of the huge challenge awaiting them in F1.