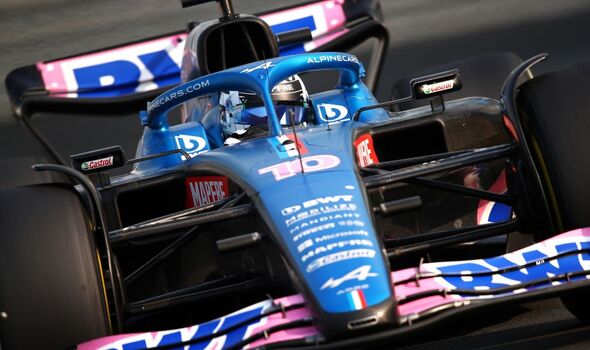 Alpine F1 have grown suspicious of their biggest rivals during the offseason with the new campaign fast approaching. The French-based outfit finished fourth in the 2022 Constructor standings and they will be keen to close the gap to Red Bull, Ferrari and Mercedes this season.

The 2023 season marks the second of a five-year engine freeze for the F1 grid, meaning teams can only make changes to their power units to improve their reliability.

However, there are still areas in which they can improve their performance and Gazzetta dello Sport’s report claims F1’s big three have found ways to make that possible. Ferrari are said to have found a ’30hp increase’ through fixing their reliability issues and adding that Mercedes’ engine is up ’16hp’ and the Red Bull-Honda one, ’10hp’.

“In reality the modifications to increase the reliability of the engine, even without a direct performance purpose, also helps the power,” the report reads. “And Ferrari seems to be the one ahead from this point of view.”

As a result Apline are reportedly ‘suspicious’ over their rival’s increase in horsepower, while their power unit changes haven’t brought any performance gains. Commenting on the subject, Alpine executive director Bruno Famin, the head of the team’s engine base in Viry-Chatillon in France, explained to The Race: “There is no real margin to be honest because, by rule, you cannot improve the performance of the engine.

“What we can do is try to improve the performance of the car, and the possibility we still have as per the regulation is the packaging. For example, we can imagine changing the inlet line or exhaust line to allow our colleagues from Enstone to make better aerodynamics.

“This is where we are working. We’re working of focus in the use of the energy management, but here again we are going to be very limited as we’re going to have only one software version per year now. We are pushing like that, but it’s more on the on the drivability. We are going through the ideas to progress, which is very small margins. It’s not pure performance, it’s more drivability and integration/aero gains.”

Further describing the gains from the F1’s top teams, the report claims Ferrari have made improvements as last season they were forced to decrease the power last season due to the number of DNF’s they suffered. Therefore, with the issues being resolved, they are able to turn the engine up once again in 2023.

Mercedes suffered from violent bouncing in the car last season and Gazzetta claims they have worked on reducing internal mechanical friction. The silver arrows have also implemented a new lubricant formulation from Petronas to help increase combustion efficiency.

Red Bull, now in charge of what used to be the Honda power unit, have found 10hp through improved reliability with their MGU-H and MGU-Ks. They’ve also worked on improving the engine’s auxiliary pumps. Famin on the other hand, has questioned what genuine reliability issues actually entail.

“Behind the reliability issue you often have a potential performance gain, of course,” he added. “The limit is not exactly always super clear. If you have a water pump issue, as we had in ‘22, it’s quite clear it’s a pure reliability issue, there is nothing to gain in having a better or different water pump. If need to change the material of the piston rings, OK, you will be able to have something stronger to have more performance, then where is the limit? It’s not obvious.”