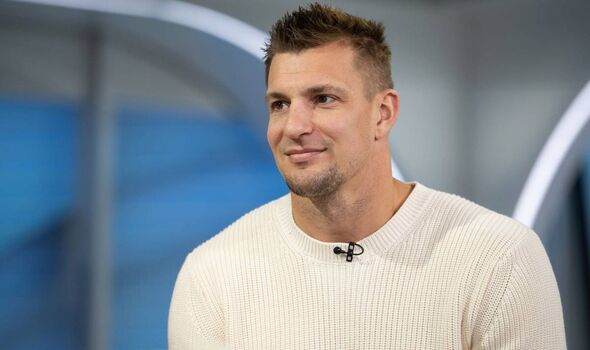 Former New England Patriots and Tampa Bay Buccaneers star Rob Gronkowski is yet to completely rule out a return to the NFL, keeping a potential reunion with Tom Brady alive. However, if a team does want to bring him back in it will cost them… a lot.

Gronkowski has teased that he could be tempted by an NFL franchise if he was thrown “quarterback money”.

The former tight-end has already come out of retirement once, as he agreed to run it back with Brady in Tampa. And that lasted for two years until he decided to finally call time on his playing career.

However, maybe it’s not ‘finally’ over, as everyone has their price. Gronkowski is quite happy not playing football, and has even claimed he hasn’t got the ‘itch’ to return, but he would for a contract fit for a quarterback.

Gronkowski came out of retirement once already to unofficially play with Brady, and if the seven-time Super Bowl winner makes an exciting move this off-season then there’s rumours that his friend could be tempted again. But this time he wants a big payday in order to do so.

The former NFL star spoke to TMZ Sports and said: “Like Dumb and Dumber, baby. You’re sayin’ there’s a chance. You never know. What if someone wanted to throw the whole salary cap at me, baby, or half of the salary cap, then you gotta think about it.

“Throw me some quarterback money. Then you’re talking, so there’s always a possibility.” But although he remains open to the offer financially, he hasn’t missed football as much as some players do after retiring.

Gronkowski has been honest since retiring, saying he doesn’t have that ‘itch’ to return, although he has thought about it at times during the season. “You know I really didn’t have the itch,” Gronkowski added.

“I just had a couple thoughts throughout the 17 weeks of football. It was about week 10, week 11, week 12, right around there where I was thinking about it, but I really never got the itch. It was just a couple of thoughts.

“I’m not gonna ever go back to football if I’m just thinking about it and don’t really have that itch. That trigger was not gonna be pulled to go back and play football this year. It was not there, man.”