‘We’re playing a major, not a monthly medal!’: Tyrrell Hatton rips into the state of the greens at Southern Hills after ‘disappointing’ second round at PGA Championship – a month after slating ‘unfair’ Augusta at the Masters

Tyrrell Hatton criticised the state of the greens at Southern Hills following a disappointing end to his second round in the US PGA Championship.

Hatton made a significant move up the leaderboard with four birdies in a row from the 12th, but bogeyed the 16th and 18th to card a 68 and end the day two under par, seven shots behind leader Will Zalatoris.

The 30-year-old, who branded Augusta National ‘unfair at times’ after closing rounds of 79 and 80 in last month’s Masters, said: ‘Obviously (I’m) pretty disappointed with the finish to be honest. 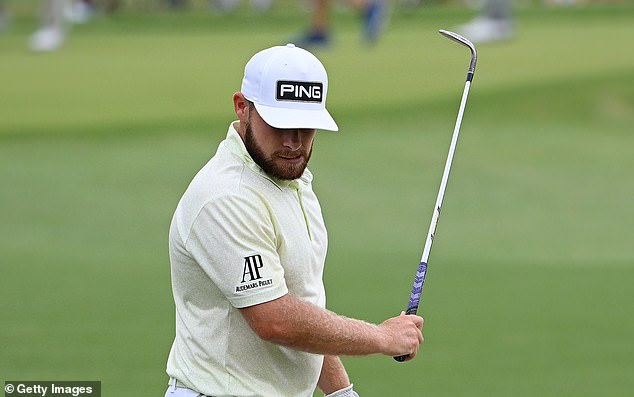 ‘Three good putts on the last three greens and obviously none of them went in. I kind of did my bit there. Wasn’t the easiest to hole putts this afternoon.

‘Maybe a combination of not being able to be cut and rolled added to that, but they were pretty bobbly, so not the easiest to putt on.’

The greens had not been cut before the start of the second round due to the forecast for high winds. 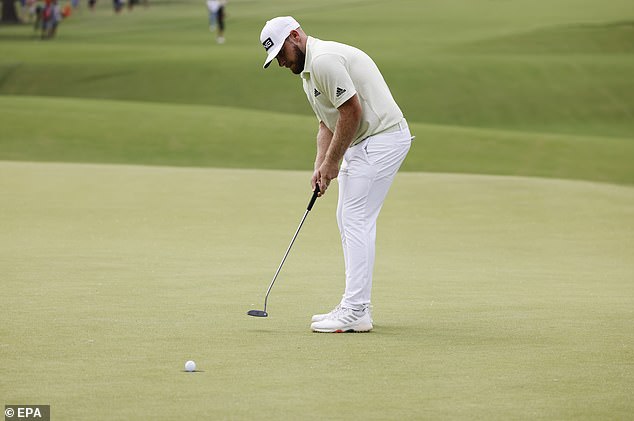 Hatton carded a 68 and end the day two under par, seven shots behind leader Will Zalatoris

Asked if the slower putting surfaces had been an advantage to the later starters, Hatton said: ‘I wouldn’t say it’s an advantage. I mean, we’re playing a major championship, not a monthly medal.

‘You know, they’re bobbling all over the place. It’s so hard to hole putts. So you can hit a great putt and they just don’t look like going in, which is hard to accept when we’re playing in a major championship.’

The Englishman appeared to be annoyed at the greens during round one as he could be seen physically taking his frustration out on the putting surface. 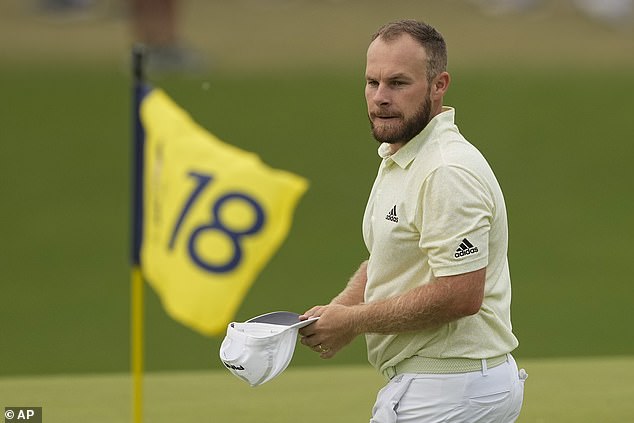 Facing a lengthy putt to save par on the eighth, a 250-yard beast of a par-three, Hatton let his temper get the better of him.

He failed to hole the putt, barely getting it close enough, and as soon as he had hit the stroke he bashed the head of his putter down into the green.