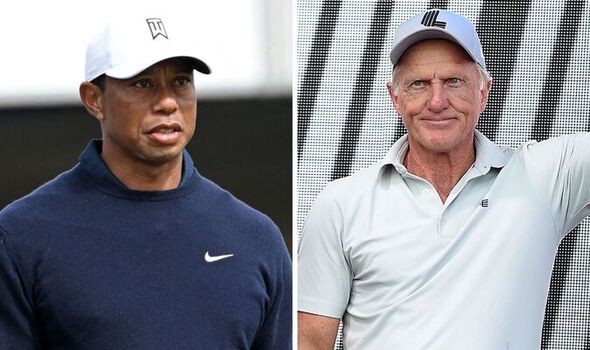 Tiger Woods has sided with the R&A for their decision to not invite LIV Golf CEO Greg Norman to the celebrations of The 150th Open Championships. The R&A announced last week that two-time Open champion Norman had been snubbed for their ‘Celebration of Champions’ event at St Andrews.

Their statement read: “In response to enquiries regarding the R&A Celebration of Champions field and the Champions’ Dinner, we can confirm that we contacted Greg Norman to advise him that we decided not to invite him to attend on this occasion.

“The 150th Open is an extremely important milestone for golf and we want to ensure that the focus remains on celebrating the Championship and its heritage. Unfortunately, we do not believe that would be the case if Greg were to attend. We hope that when circumstances allow Greg will be able to attend again in future.”

Many golfers on the PGA Tour have been outspoken against the LIV Golf series with Norman pulling the strings for the Saudi-backed golf league. Woods has been relatively quiet on the matter, largely because he’s not played any major events where he would have faced questions. 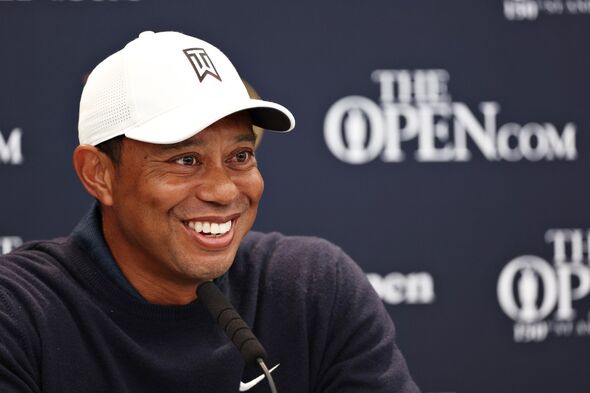 But speaking in his press conference on Tuesday, Woods was asked about Norman being snubbed for this year’s Open Championships. And the 15-time major champion supported the R&A’s decision while taking a thinly veiled dig at Norman. “The R&A obviously have their opinions and their rulings and their decision,” Woods said.

“Greg has done some things that I don’t think is in the best interest of our game, and we’re coming back to probably the most historic and traditional place in our sport. I believe it’s the right thing.”

Woods’ comments come after Norman revealed last month that the American golf icon had rejected an offer of around £1billion to join LIV Golf. Speaking last month, Norman claimed that LIV Golf made a “mind-blowingly enormous” bid to steal Woods away from the PGA Tour. “We’re talking about high nine digits,” Norman said.

But the 67-year-old revealed that Woods turned the offer down and he has continued to pledge his allegiance to the PGA Tour. Woods admitted at the PGA Championship that he “missed” competing with Mickelson on tour.

However, he was still far from impressed by Mickelson’s comments about the PGA Tour. “Phil has said some things that I think a lot of us who are committed to the Tour and committed to the legacy of the Tour have pushed back against,” he said.

“He has taken some personal time and we all understand that. I think that some of his views on how the Tour could be run, should be run, there has been a lot of disagreement there. But as we all know, as a professional, we miss him being out here.”