TEE ROOM: Ahead of this week’s Open at St Andrews, LIV remains a dirty word in these parts, Tiger Woods nearly slips up… and Jon Rahm samples the local curry houses

Ahead of the Open tournament at St Andrews this week, LIV remains a dirty word in these parts.

Of 13 scheduled player interviews since Monday none has been with those drawn to the lure of Saudi cash.

But you suspect it will be a hot topic when the R&A host their briefing on Wednesday.

Below, Sportsmail looks at several other talking points ahead of the famous old competition getting underway on Thursday. 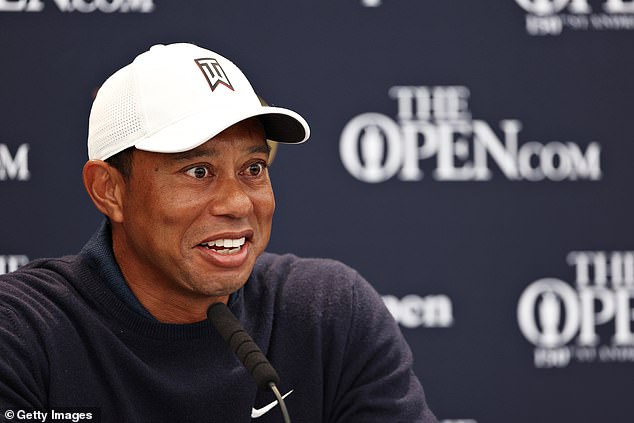 Ahead of the Open tournament at St Andrews this week, Sportsmail has looked at several other talking points ahead of the competition – including Tiger Woods slipping on the Swilcan Bridge 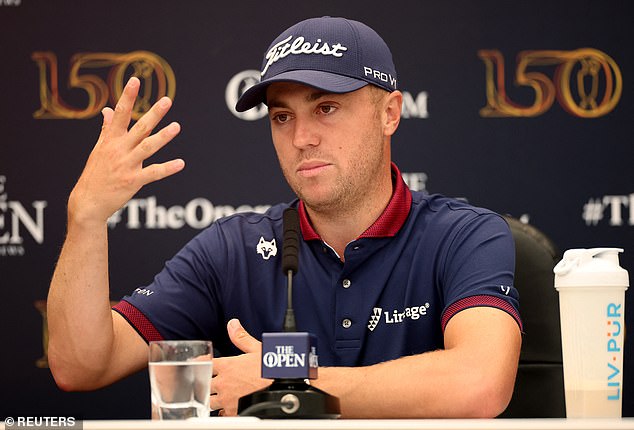 The bridge of sighs

The walk isn’t getting any easier for Tiger Woods and it took on a different meaning on Tuesday when he strolled over the Swilcan Bridge in his metal spikes.

He said: ‘Honestly, I’ve got to be more careful. I don’t have the agility I used to and I almost ate it today.’

For all the talk of a course that feels dated in gentle weather, Justin Thomas learned a few brutal lessons about the 112 bunkers to avoid.

He said: ‘These are the most penal of any Open I’ve played in. I tried five or six times and couldn’t get out of one.’ 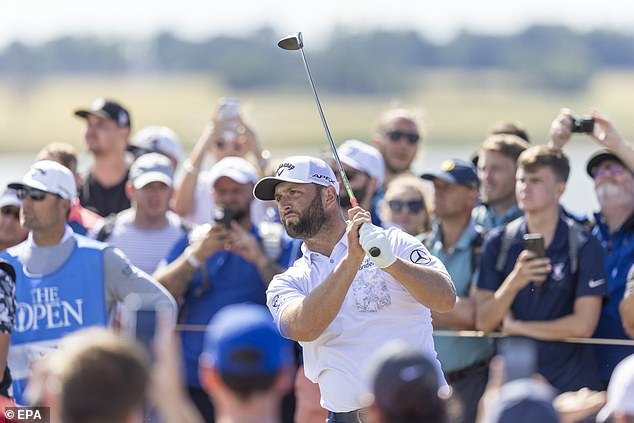 He cancelled a family holiday after qualifying for St Andrews and was seen compensating his wife and two kids with a bucket and spade on a trip to the beach.

Some differing approaches to life in a golfing goldfish bowl.

While Jordan Spieth conceded that the fanaticism of the locals would make it difficult to stray far from home, Jon Rahm went into town for a curry on Sunday and Monday night.