American Xander Schauffele will go into the 150th Open as the hottest player in the world after winning his third tournament in a row at the Scottish Open on Sunday.

The Olympic champion, 28, showed great composure and skill to overcome a severe mid-round wobble and follow up his win in the Travelers Championship in Connecticut and the JP McManus pro-am in Ireland on Monday and Tuesday with this single stroke success.

The only thing left for Schauffele  now is to break his duck in the majors and, after several close calls in recent years, he will deservedly be among the favourites at St Andrews this week. 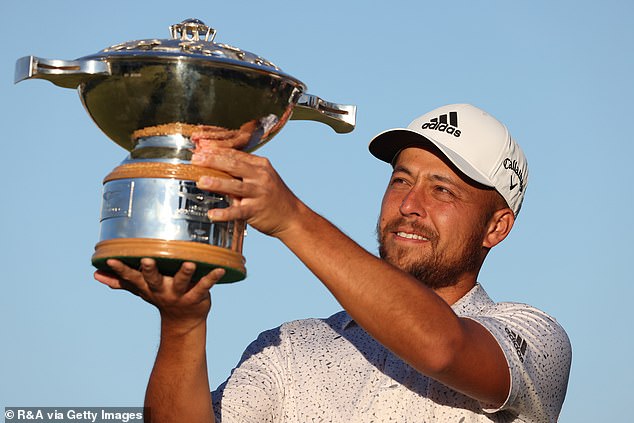 Schauffele looked as if he was cruising to victory with two early birdies for a four-shot lead but three bogeys in four holes saw him lose his advantage to fellow American Kurt Kitayama. Two gritty birdies at the 14th and 16th at the Renaissance Club sealed the deal.

‘It’s an incredible feeling of relief after that stressful run in the middle of the round,’ he said. ‘I was struggling out there so this feels extra special because of that.’

In addition to the handsome runner-up prize of £725,000, Kitayama had the consolation of claiming one of three last-gasp spots in the Open that went to players finishing in the top ten who were not otherwise exempt. 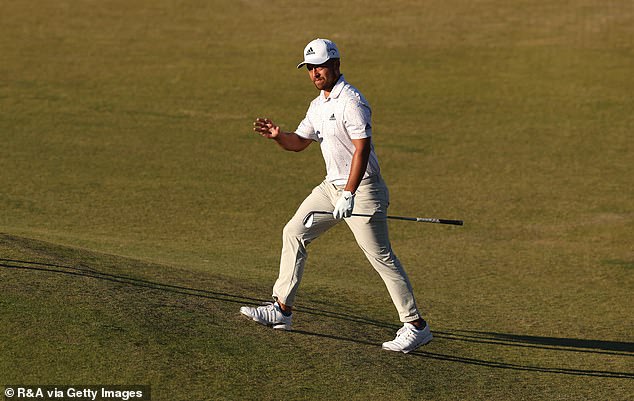 Another was claimed by Jamie Donaldson, 46, who will have to cancel a family holiday after sneaking in with a final round 67.

It will be another career highlight in Scotland for the popular Welshman, who claimed the winning Ryder Cup point for Europe at Gleneagles in 2014. 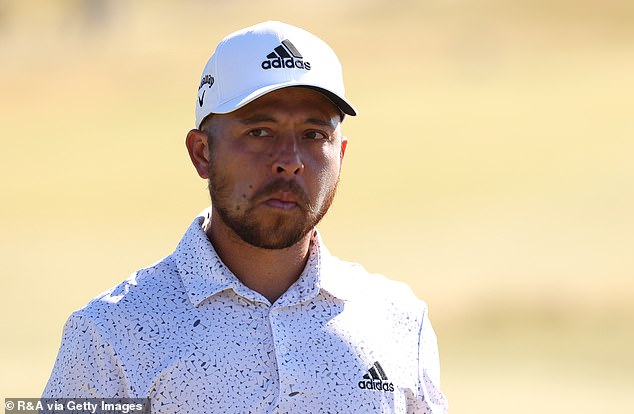 He heads to St Andrews as one of the in-form players, bidding to win his first major championship title