Cold reality struck early for Tiger Woods and Rory McIlroy in the frigid temperatures that turned the third round of the 86th Masters into a brutal ordeal.

On the 1,661st hole of Tiger’s storied Augusta career, the greatest clutch putter the game has seen suffered the indignity of just his second four-putt on these treacherous greens and the first for 17 years. Woods tossed the putter at his bag following the rare lapse at the difficult par-four fifth. After all the fairy-tale stuff, here was the game inflicting a real blow to the solar plexus.

The comeback of comebacks will continue to delight and enthral on Sunday but it became clear at that point that it will not end in the most improbable of victory outcomes this afternoon. 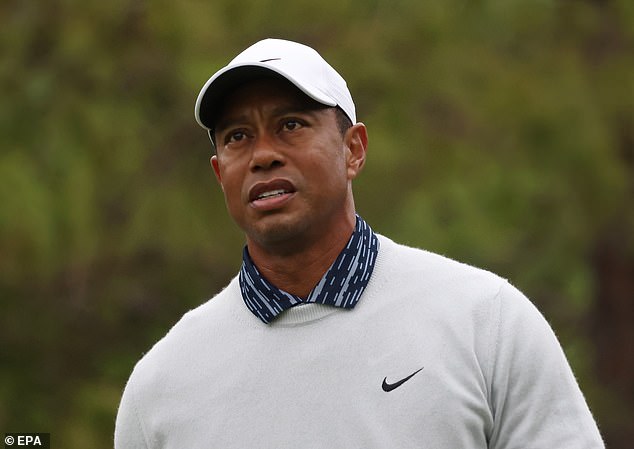 Woods kept smiling, and kept his enormous gallery happy. The walk has clearly become more laboured as the week has gone on, but still there was a sumptuous display from the tee.

It was the hands this time that didn’t work so well in the biting cold, exemplified by that four-putt. He was four over for the day after 11 and slipping towards the back of the pack, when the massed ranks of patrons shivering at Amen Corner stood as one to greet him on to the 12th tee.

Ten minutes later, following a nine iron to 12ft, he provoked the loudest cheer all afternoon when he rolled in the birdie putt. The man who won’t quit picked up another shot at the 13th. You really wouldn’t rule him out of winning the 150th Open at St Andrews in July, would you? 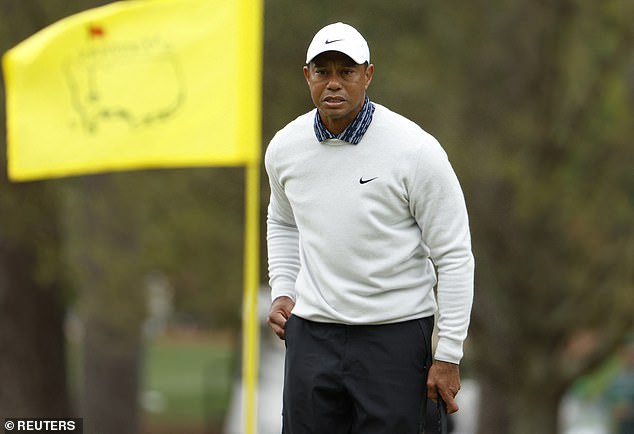 On the 1,661st hole of Tiger’s storied Augusta career, the greatest clutch putter the game has seen suffered the indignity of just his second four-putt on these treacherous greens 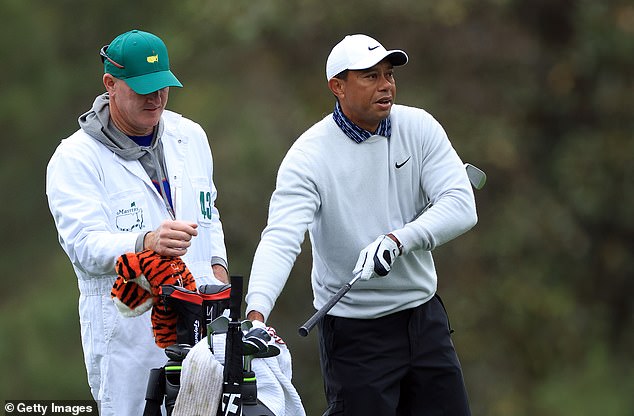 Needing a fast start, McIlroy went in the opposite direction at the opening hole, where his drive plunged into the fairway bunker and his recovery shot struck the face and came back to his feet. He needed to play a fabulous third just to avoid a double bogey, and the par five second came and went without him taking up the rare birdie on offer.

McIlroy has become such a frustrating player to watch, as any number of good shots go largely unrewarded owing to fairly basic mistakes. It summed up his Masters to this point that he was the only player in the entire field of 52 players to birdie the monstrous par three fourth, after a wonderfully piercing three iron, only to give it back at the short sixth, which had the easiest of the four hole locations used this week.

McIlroy battled on. It was hardly his sort of weather but he birdied the two par fives on the back nine to get into red figures for the day, which was good by any standards.

You have to go back to 2008 to find the last time they had a day like this in these parts during the Masters, where the lightweight polo shirts for the warm sun were replaced by thick sweaters, neck warmers and ski gloves to fight the numbing cold and capricious wind. 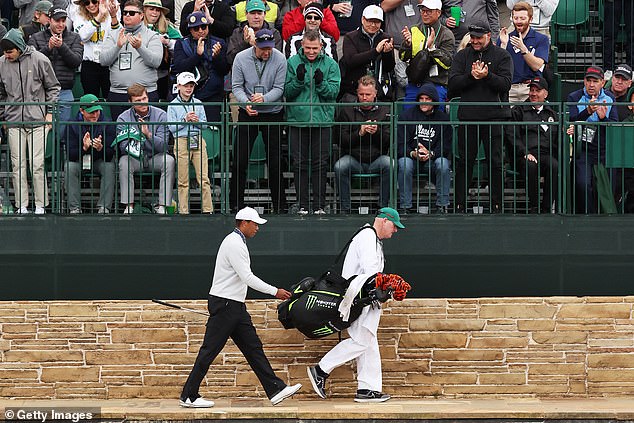 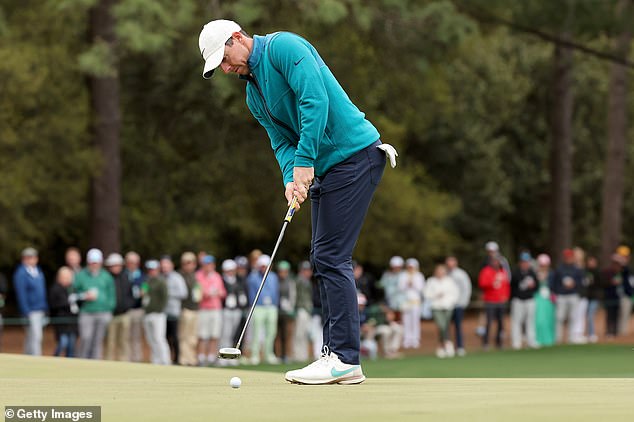 McIlroy has become such a frustrating player to watch, as any number of good shots go largely unrewarded owing to fairly basic mistakes

When the conditions get tough you can usually rely on Tommy Fleetwood to get going and the Englishman didn’t disappoint, as he continued his fine rally following the misery of an opening round of 75. A 72 on Friday got him through to the weekend and the 70 on Saturday was particularly good, as it took him into the top 20. After a long 18 months in the doldrums, the 31 year old has the chance to relaunch his career on Sunday.

‘I didn’t think I played badly on Thursday and it’s good to show that today in terms of putting together a score as well,’ he said. ‘It’s a great place to play when you feel you’re in control of your golf ball.’

World number one Scottie Scheffler, the overnight leader by five shots, began with history on his side as he commenced the biggest weekend of his professional career. Only five other players held such a lead of at halfway, and you have to go all the way back to Englishman ‘Lighthorse’ Harry Cooper in 1936 to find the last one who didn’t go on to win the green jacket. Furthermore, 27 of the last 30 Masters winners were within four shots of the lead with two rounds to go.

Also in Scheffler’s favour was the self-belief that stems from his blistering form, with three victories in the past eight weeks to complete his rapid rise to the summit. The 25 year old had all sorts of things going for him, therefore, but would it prove enough as he found himself in a totally alien environment in search of his first major? 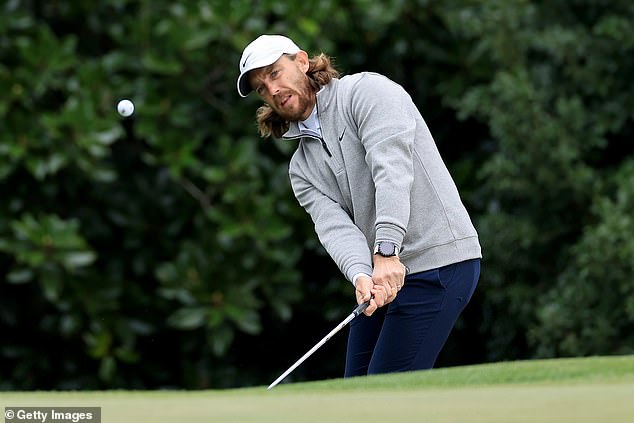 When the conditions get tough you can usually rely on Tommy Fleetwood to get going and the Englishman didn’t disappoint, as he continued his fine rally

He certainly displayed his prodigious skills early on, with a deft chip at the first to save par followed by a drive of almost 380 yards to set up a routine birdie at the second. So it continued, with another birdie at the third before his first mistake at the fourth.

How would he react to that? The cool Texan parred the difficult fifth and then rolled in yet another birdie putt from 25ft at the 6th.

Leading the pursuit was Ireland’s Shane Lowry, another who often reserves his best for difficult weather days. The 2019 Open Champion was also two under for his day’s work after seven holes to be five strokes behind.

Players Champion Cameron Smith was a further stroke adrift on four under with England’s Danny Willett, the winner in 2016, on one under.