LIV Golf rebels should cut the ‘BS’ and ‘just say they went for the money,’ claims Butch Harmon – as the coach insists former pupil Phil Mickelson deserves forgiveness because his criticism of the PGA Tour ‘was true’

LIV Golf players should admit they jumped ship for money, claimed Butch Harmon, as he insisted Phil Mickelson should be forgiven.

The Saudi-funded breakaway series has successfully lured some of golf’s biggest names from the PGA Tour with lucrative eight or nine figure offers.

But some players have insisted they did not solely defect for the mega-money deals, instead rolling out the excuses that it is beneficial for their families, they were attracted to the format or they believe the series ‘is growing the game’. 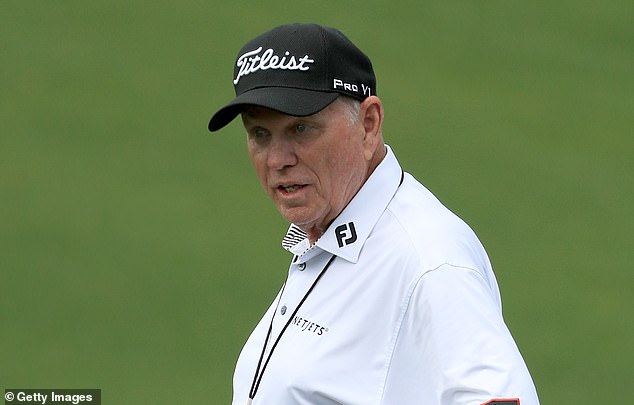 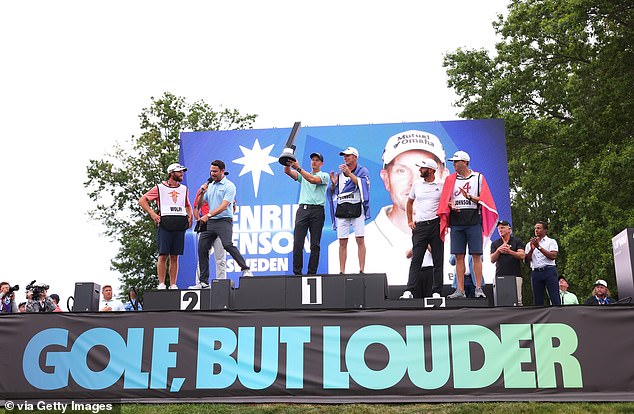 Harmon has now told those players to cut the ‘BS’ but insisted they have the right to grow their bank accounts as he admitted he would take the money.

Speaking on his son Claude’s podcast, Son of a Butch, Harmon said: ‘I think the players that went to the LIV — you’re probably not going to agree with me on this — they created the problem because they went for the money, there’s no doubt about it.

‘That’s BS about I’m going to play less and I’m going to spend more time at home. No, you went for the money. So just say that. 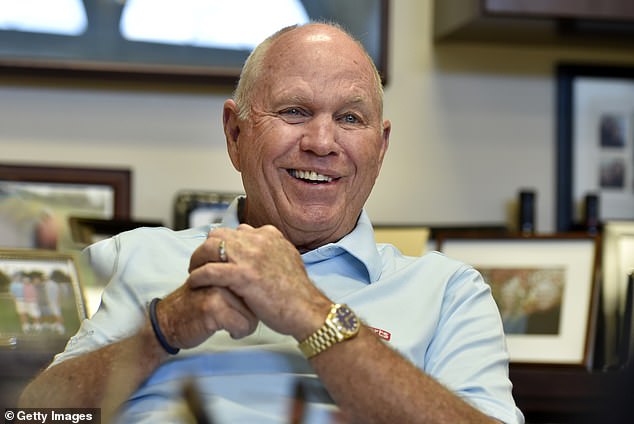 ‘So to me that’s the first problem — I think the PR of the LIV has not been good. The guys should have got together and be honest. …

‘This ‘I’m going to grow the game better’ — no, that has nothing to do with it; you’re not growing any game. They’re growing their bank accounts. Which every sportsman has the right to do — to get the best deal you can get.

‘So I have a problem with people complaining about that. But I think they brought that on themselves by coming up with this other stuff.’

Harmon remained neutral on the breakaway series but he did criticize the public for picking on ‘nice guys’ golfers but failing to hit out at the government or corporations for their business with the Saudi government.

‘Secondly, the thing that really bothers me is that the public — and I’m not going to say I’m pro- or anti-LIV — the public is coming out against these LIV guys because it’s a Saudi-run thing. 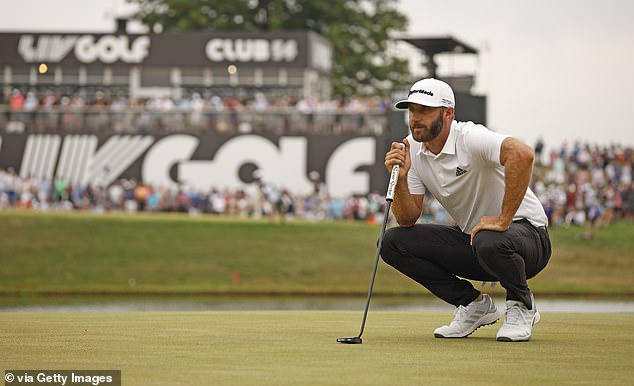 ‘Golfers to me have been the most underpaid superstars in all sport. Because they don’t get big contracts. Yes, they make endorsement contracts. But you have to earn those. And as soon as you play bad, those go away. …

‘So why you picking on us? Golfers are nice guys. We don’t bother anybody. We just go play golf. Yeah, the guy had a chance to make $100million — I tell you what, somebody offered me $100million, I’m gone, I’m over there. Let’s just tell it like it is.’

Harmon coached LIV’s chief defector Phil Mickelson from 2007 until 2015 and has had CEO Greg Norman as a pupil.

Mickelson came under fire after he branded the Saudis ‘scary motherf*****s’ said he was well aware of Saudi Arabia’s ‘horrible record on human rights’ in February. 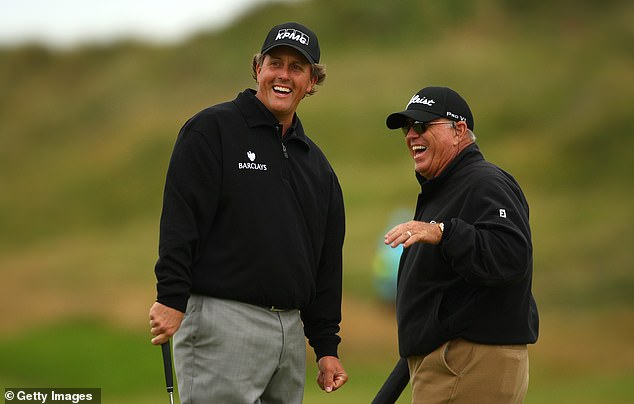 However, Harmon insisted his former pupil deserved forgiveness as he insisted ‘nobody’s perfect’.

‘Well, Phil’s very honest,’ Harmon said on the podcast. ‘I mean, he’s got no filter. It’s one of the things I admire about him, one of the reasons we were friends, because I got a lot of that in myself, too. … What we think is what we say.

‘And I think, in all honesty, I’m going to give Phil some credit. People didn’t like it, but a lot of the things he said about the Tour I think were true. And I think the Tour is now seeing that and they’re trying to change a lot of that stuff.

‘So you got to hand it to Phil for that. He has taken a tremendous amount of criticism for it.