Rory McIlroy may well be counting his blessings during his opening round at The Open after escaping an unfortunate situation from his tee shot on the par-five fifth hole. McIlroy got his Open Championship underway in the morning, playing alongside defending champion Collin Morikawa and the in-form Xander Schauffele.

The Northern Irishman got off to the perfect start on the first hole with a 55-foot putt dropping in the hole for birdie. Scores were dropping all over the course as the dry conditions favoured those able to hit long.

But others were still finding trouble with the unique course, which hosts seven shared greens and eight shared fairways. That often provides bigger targets but the windy conditions in St Andrews were still catching many out.

Hole five is the first of the par fives on the Old Course and avoiding trouble off the tee presents a good scoring opportunity. McIlroy is one of the longest hitters on the tour and also one of the most accurate off the tee. 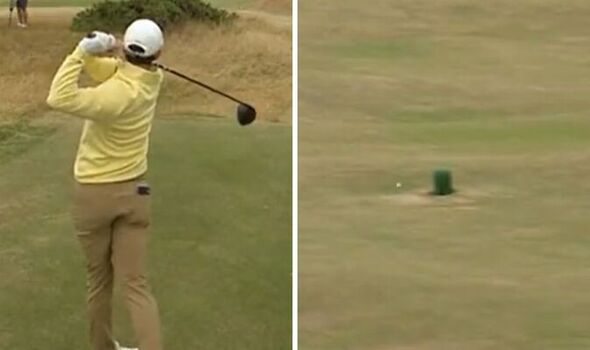 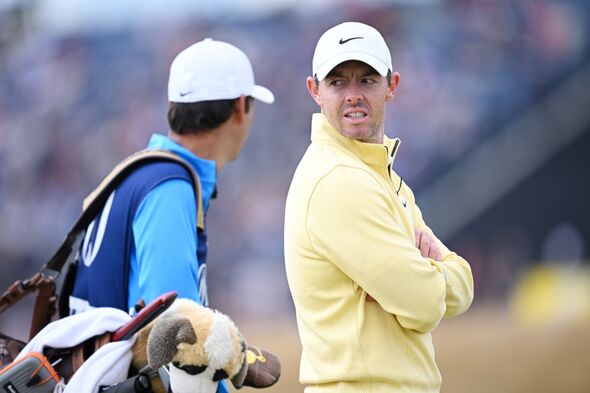 And he smashed his drive down the middle of the fairway with a carry over 286 yards before it started bouncing down the short stuff. But the fifth hole also hosts one of the many centuries-old stones scattered around St Andrews that marked the original golf course that dates to 1,350 AD.

Despite the ancient stone taking up little space in the middle of the fairway, McIlroy’s drive ended up smacking into the landmark and preventing his ball from travelling any further.

“What are the odds on that,” the commentator said. “He has no idea.”

Fortunately for McIlroy, his ball only ricocheted off the top of the ancient stone and still ended up in the fairway. And he was able to finish the hole with his second birdie of the day before going on a bit of a roll.

The four-time major winner went on to birdie the sixth and seventh to move into a tie for second on the leaderboard. Cameron Young was setting the pace early on the leaderboard though as he was seven-under par through his opening 13 holes.

The likes of Shane Lowry, Brooks Koepka and Zach Johnson all have work to do with the trio over-par for their rounds.