Tom Weiskopf, the former Open champion once known as the ‘Towering Inferno’ for his famous temper, has died at the age of 79.

His death, two years after he was diagnosed with pancreatic cancer, was announced on social media by Tom Watson.

‘I send my deepest sympathies to the family of Tom Weiskopf,’ wrote the five-time Open champion. ‘Will miss you and your stories. RIP my friend.’

PGA Tour commissioner Jay Monahan said in a statement: ‘The PGA Tour is saddened at the passing of Tom Weiskopf, a towering figure in the game of golf not only during his playing career but through his accomplished work in the broadcast booth and golf course design business.

‘Tom is leaving behind a lasting legacy in golf. The beautiful swing he showcased is still being emulated, while his golf courses remain as testaments to his love for the game.

‘Our hearts and deepest sympathies are with his wife, Laurie, two children, Heidi and Eric, and the entire Weiskopf family during this time.’ 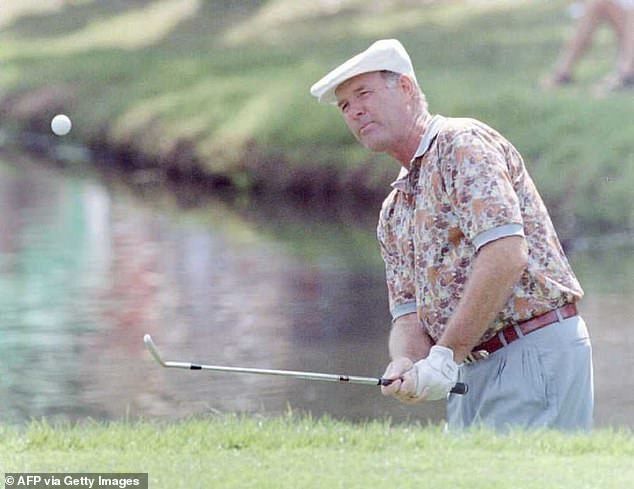 Tom Weiskopf (above), the former Open and Ryder Cup champion, has died at the age of 79

Weiskopf also claimed 12 top-five major finishes and 16 victories on the PGA Tour, though many felt he would have won more had his temperament not intervened.

In team play, Weiskopf featured on winning Ryder Cup sides in 1973 and 1975 and made the US team in 1977, but chose to go hunting rather than compete against Great Britain and Ireland at Royal Lytham.

In retirement, Weiskopf became one of the game’s most celebrated course architects. One of his designs, Loch Lomond, in partnership with Jay Morrish, is considered among the finest courses in the world.

In a dramatic finale, the tournament was heading in favour of Malaysia’s Gavin Green, who held a three-shot lead into the final round.

However, he put his tee shot on 14 in the water, setting up a double bogey, and he then missed a birdie putt from eight feet at the last to force the play-off. Kieffer’s closing 66 gave the 32-year-old a long-awaited win. 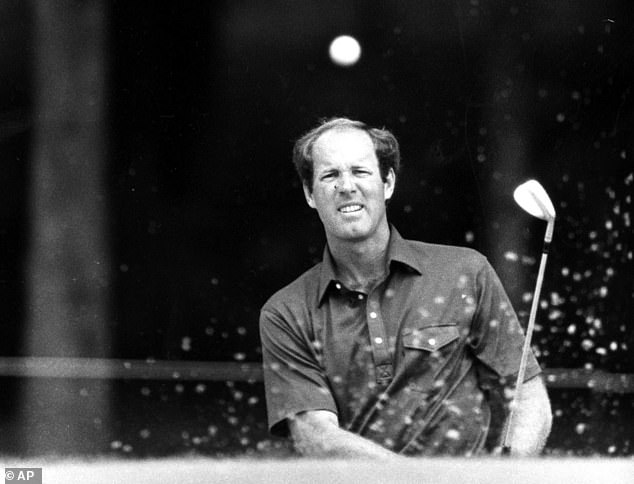 His death, two years after he was diagnosed with cancer, was announced on Sunday

‘You don’t want other people to miss putts but when the guy from the TV said you’ve won it the feeling was just ridiculous. I don’t know how I feel. I think I will need a few days.

‘I just love to play golf and even if I had not won I still have a great life. I still enjoy playing golf, so to win it’s even better.

‘You’ve just got to keep trying. I had a few difficult years where I didn’t play well and then this year I feel like I am playing very well but still, deep down, you never know in golf. I’m so glad and I’m really going to enjoy it.’

In the BMW Championship at Wilmington Country Club in Delaware, Rory McIlroy was out of contention at eight under, one under for the day, after 17 holes of his final round.