Sir Nick Faldo took aim at absent defending PGA Champion Phil Mickelson yesterday, warning him he is in grave danger of ruining his legacy if he does not return to the US Tour.

The Englishman gave his passionate verdict in a riveting piece of commentary on American television.

‘Phil has to return to the PGA Tour,’ said Faldo. 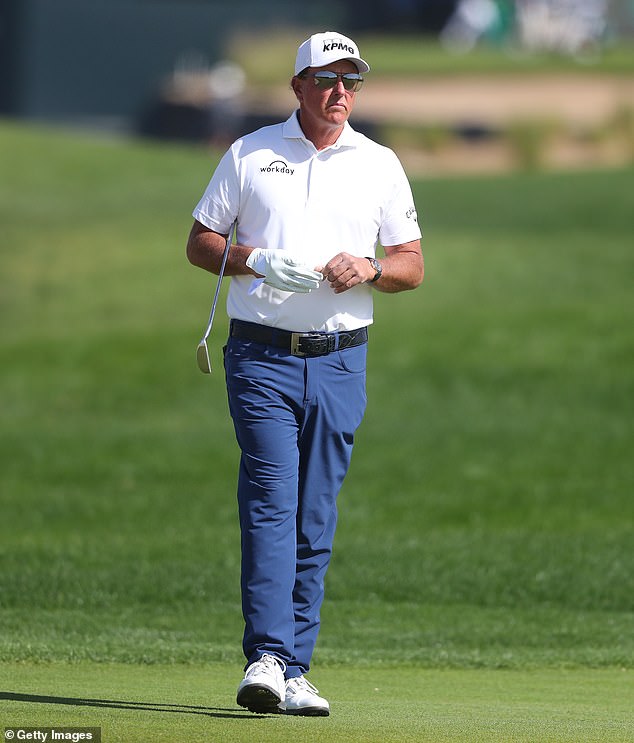 ‘He began with an unbelievable achievement, winning on tour at the age of 20 while still an amateur.

‘Then he became the oldest winner of a major in history at the PGA last year — along with Tiger Woods’s 15th major win, the greatest achievement I believe our game has ever seen.

‘It’s incredible to think those two things from Phil are 30 years apart. But, if he joins another tour, he’s going to look at his trophy cabinet one day and think, “What’s it all about?”’

Mickelson has not been seen since giving two deeply damaging interviews in January but it is thought he is all but certain to join the Saudi rebels and make his comeback at the opening LIV golf series event in St Albans next month.