Not every competitor has another well-remunerated stop on tour to look forward to, once the crowds have departed from St Andrews.

For Robert Dinwiddie, the next assignment after finishing on a highly respectable four under and tied for 53rd will be a stint labouring on London building projects run by a friend.

Sheffield amateur Barclay Brown, who missed out on the Silver Medal after a stunning opening round of 68, will fly to Slovakia for a low-profile team event this week before heading back to university. 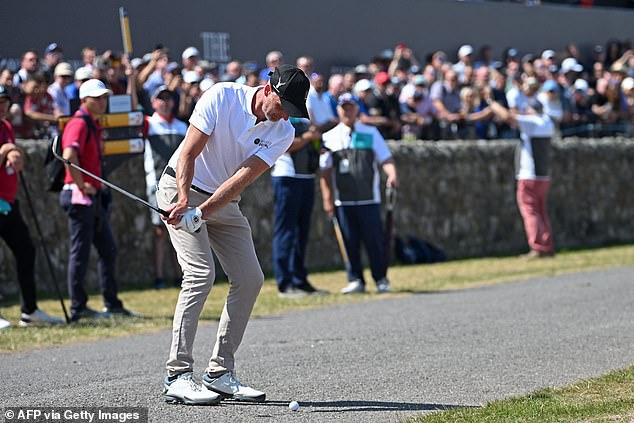 Both experienced the high of coming up the amphitheatre of the 18th at St Andrews after creditable showings in this historic 150th Open.

The sheer love of the game will keep Dinwiddie combining outside work with attempts to carve out a career on the lower reaches of the pro circuit. Having finished with a 69 the 39-year-old reflected that his part-time manual labour is not always the best preparation to play elite golf.

‘It can take its toll on the body for sure and I felt that this week,’ said Dinwiddie, who came all the way through regional and final qualifying. 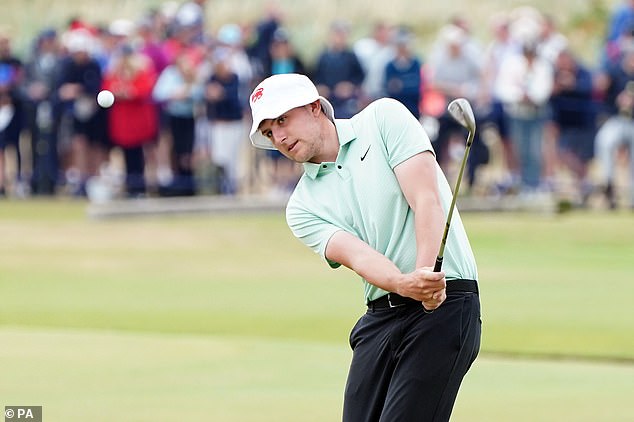 ‘I’ve got three more Challenge Tour starts for sure in Ireland, Finland, and Belgium later in the year that are still in the diary. ‘I’ll keep my game as sharp as I can and it’s obviously a good confidence boost to play well in this kind of environment, because I haven’t been in it much for a long time.

‘I’ve absolutely loved this week, been spoiled rotten. I just love golf, being out there trying to shoot a low score, even if it’s just with mates.’

Dinwiddie will always be able to tell of how he finished the first day tied third before only just making the cut. Brown, the latest off Sheffield’s production line, played superbly over the first two days only to fall away. 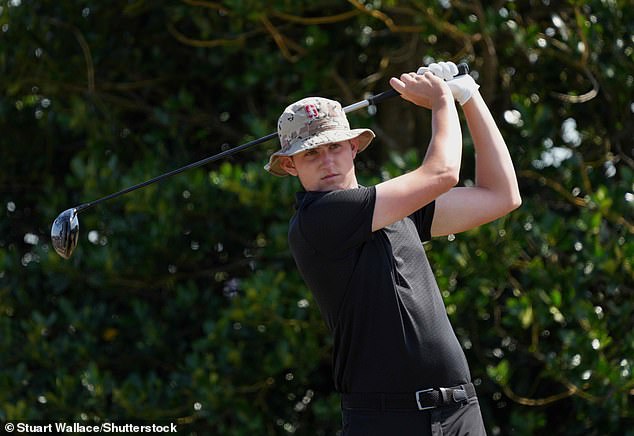 Any hopes he had of the Silver Medal — eventually won convincingly by Filippo Celli, 21 and from Rome, who finished on five under — evaporated when he dropped six strokes in five holes on the back nine, although he finished with a final birdie in front of the galleries.

‘I felt a little bit defeated by then but enjoyed the walk up there and tried to think about the whole week as opposed to the last hour and a half,’ he said later. ‘I hit some drives from 14 to 16 which I thought were going to be good but they just ended up in bad spots and then the putting wasn’t quite there.’

Not every student gets to play in front of such crowds in the company of Masters winner, and established star of Sheffield golf, Danny Willett. ‘He was rooting for me from the start, which was nice,’ said Brown, who has no plans to quit university at Stanford in California, where he is studying economics and international relations.

‘I think it’s the right place for me to keep working on my game and get my degree as well,’ he said.