Major near-misses have fuelled my fire: American star Will Zalatoris has been agonisingly close to glory three times… but believes his time will come as he prepares to tee-off his Open challenge at St Andrews

Even the local dogs have noticed the cat is out of the bag. If once there was a secret about the talents of Will Zalatoris, then it has been replaced by the question of when he will make the step to winning one of golf’s biggest prizes.

To go by his remarkable trajectory, which has seen the 25-year-old finish in the top 10 in six of his eight majors, it would seem to be merely a matter of time.

While the narrative around the American could be cruelly skewed towards a bridesmaid scenario, with three runners-up finishes in the past two years, including a galling loss to Matt Fitzpatrick’s miracle bunker shot at the 72nd hole of the US Open, a more considered view is that his day is far more likely to come than not. 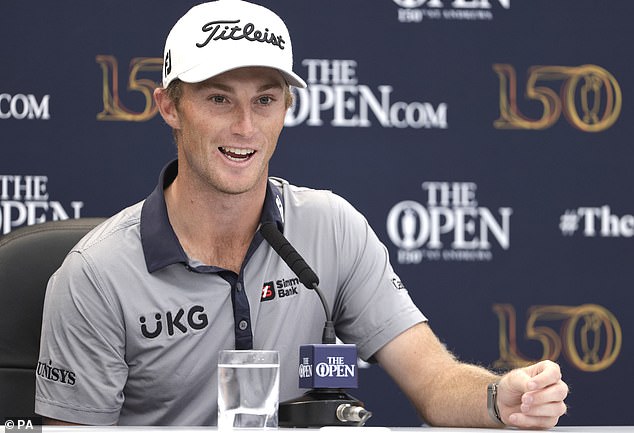 It remains to be seen whether that arrives at his first Open on the complicated links of St Andrews, but a superb game from tee to green, supported by considerable improvements to his putting stroke since May, could well be enough in benign conditions to bridge what he lacks in experience of the Old Course’s mysteries.

That he carries scar tissue from his recent near-misses is an admission he makes openly, with his assessment that he has missed out on three titles by a combined ‘one and a half inches’.

But equally there is something ominous about the comfort and confidence he is finding in the unfamiliar and potentially daunting surroundings of this spot on the Fife coast. He has been exploring the course’s contours since Saturday, owing to time afforded by his missed cut at the Scottish Open, and it will be a worry to the field that he has very much liked what he has seen, right down to the quirks of a strip that parks its finale in the middle of a fanatical town. 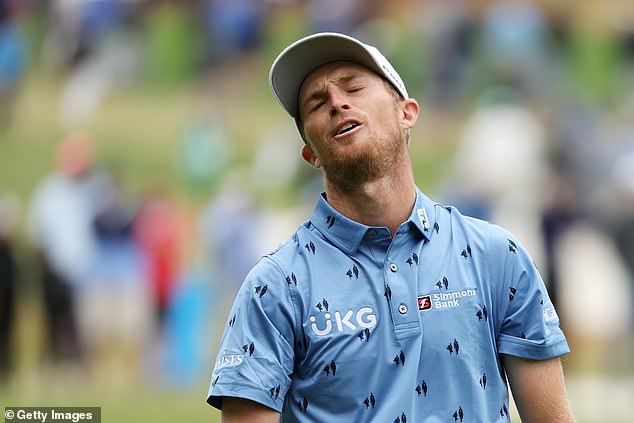 As he put it: ‘You have Augusta National, which is obviously one of the premier, most private places in the world. And then you come here, and I’m walking down fairways with 60 people and their dogs.

‘Obviously this week is much more a ‘people’s tournament’. I think it’s very cool seeing the two opposite sides, and I love them both equally. Some of the dogs were sitting up on the tee markers, and I guess some of the locals have trained their dogs to sit right by the tee marker even when they play. 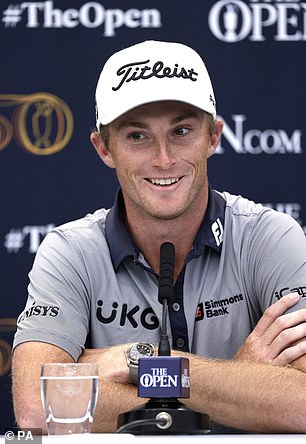 ‘Everyone said that the buzz of the town, that there’s just nothing like it. But it just exceeds all expectations. The locals walking down fairways with us, just meeting people. Even though obviously I’m a long way from home, I feel like I’m kind of around a lot of people that I know.’

That is just part of the charm of this place and it sits well with the candid nature of Zalatoris. He finds himself in that somewhat unusual scenario of having never won beyond the Korn Ferry Tour, and yet he is also established as a big-game hunter among golf’s most established names.

His self-belief has grown accordingly, as he explained following his practice round on Tuesday: ‘My first second-place finish at the Masters (in 2021), it was such an incredible experience that it was kind of an arrival. The second one (at the US PGA this year) was affirmation. And the third one at the US Open, it really gave me a lot of belief that I can be as good as I want to be.’

As ever with sports people who have had close encounters, you are inclined to wonder when they become a burden. Evidently those are not doubts that have afflicted Zalatoris.

‘I would pay a lot of money for about an inch and a half in those three majors considering that I’ve basically missed out on three majors by three shots,’ he said. 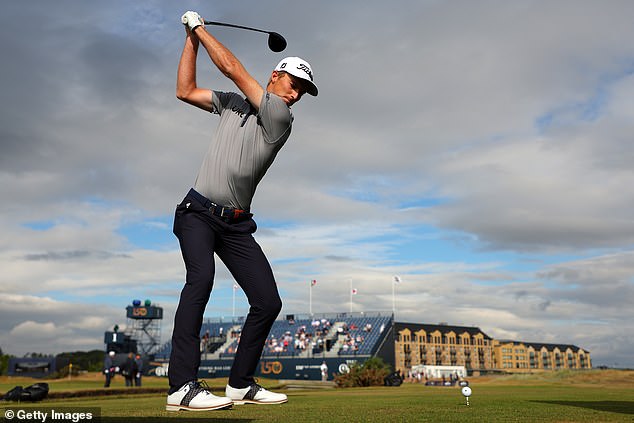 It’s something that has fuelled my fire for sure. I know that eventually I’m going to get (a major) one day. We’ve been this close.

‘Of course I want to win one, but the part I also have to remind myself is we’re sitting here talking about me not winning a major, and I’ve been on the PGA Tour for 20 months. It’s a pretty good spot to be in.

‘I’m not even in double digit majors yet. I think I’ll take that resume now, but obviously I’d like to replace some of the silver medals with some gold medals.’