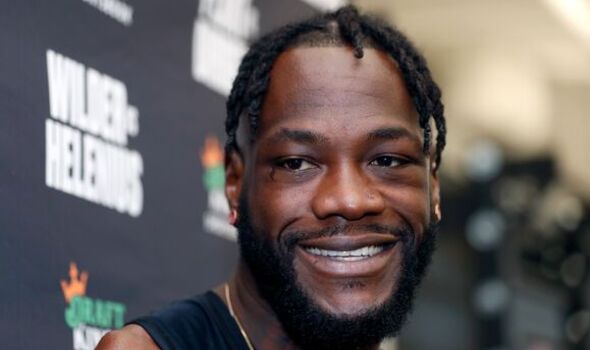 Deontay Wilder has issued a blunt message to Oleksandr Usyk with the Ukrainian set to be ringside for his comeback fight. Wilder, 36, has not fought since his dramatic trilogy defeat to Tyson Fury 12 months ago where, despite flooring the WBC champion twice, the American was eventually KO’d in the 11th round in what proved a fight for the ages.

But having been out of the ring for over a year, ‘The Bronze Bomber’ will return on October 15 when he faces Finland’s Robert Helenius at Brooklyn’s Barclays Center. Helenius, 38, also hasn’t fought since last October, overpowering Poland’s Adam Kownack on the Fury v Wilder undercard.

Usyk meanwhile, has returned to his homeland, citing the need to let injuries heal before he fights again in 2023. But he is due to fly out to America to see if Wilder can reignite his winning streak, with his last two clashes with Fury representing the only defeats of his 45 pro-fight career. 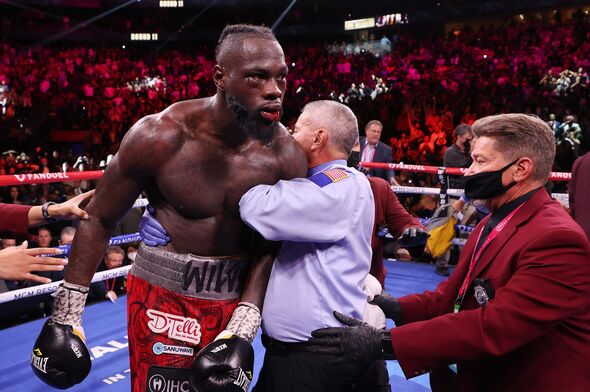 Usyk, 35, is expected to face Fury in a unification bout, if ‘The Gypsy King’ comes through his proposed fight with Anthony Joshua on December 3. ‘AJ’ has reportedly received the contract offer, with the world waiting on his response.

However, this week ‘The Cat’ let slip his three fight retirement plan, and it didn’t feature Wilder: “I can have three more fights at the very most,” he told the USYK17 YouTube channel. “It is the most realistic to be in my top form. With Fury, Canelo [Alvarez] and a farewell fight at Olympiyskiy.” 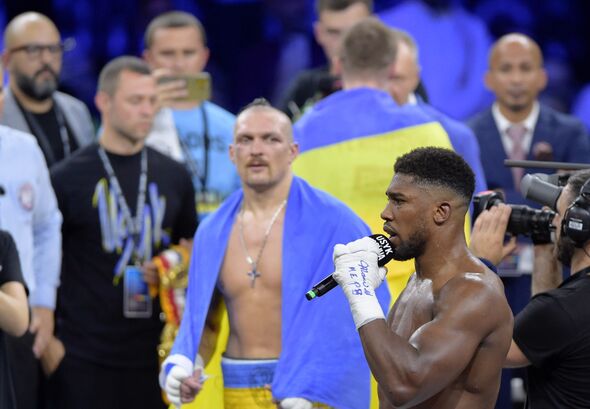 Wilder’s upcoming clash with the ‘Nordic Nightmare’ is a WBC eliminator, with the winner expected to face Andy Ruiz Jr in a final eliminator bout. The Alabama native has also not ruled out a crossover fight with UFC heavyweight champion Francis Ngannou.

“Maybe one day [we could fight], who knows? ” said Wilder. “The future is bright, October 15 right now is what we’re focused on the most but hey a lot of things are in the works for the future – the champ’s back.”