Oleksandr Usyk has revealed he tried to make a bizarre offer to Anthony Joshua in the aftermath of their dramatic rematch in Saudi Arabia last month. The Ukranian took a split decision against ‘AJ’ to successfully defend his title belts, although the bout was overshadowed by some strange post-bout behaviour from the Matchroom fighter.

After picking up his rival’s title belts before hurling them away in disgust, Joshua delivered a rambling speech over the microphone. Whilst seemingly trying to congratulate Usyk, he also went off on tangents about how ‘he came from nothing’ and also talked about the ongoing conflict in Ukraine.

Usyk’s win seemed to bring Tyson Fury promptly back out of retirement, despite ‘The Gypsy King’ insisting he was walking way after his KO win over Dillian Whyte in April. And he immediately called out ‘The Cat’ for a unification bout before 2022 is out.

However, Usyk has dismissed that notion, insisting he will instead allow injuries to heal and spend time with his family. The two-weight champion has instead pledged to take on the Morecambe man in 2023.

JUST IN: Tyson Fury sends fiery response to Mahmoud Charr call out – ‘You can surely get it’ 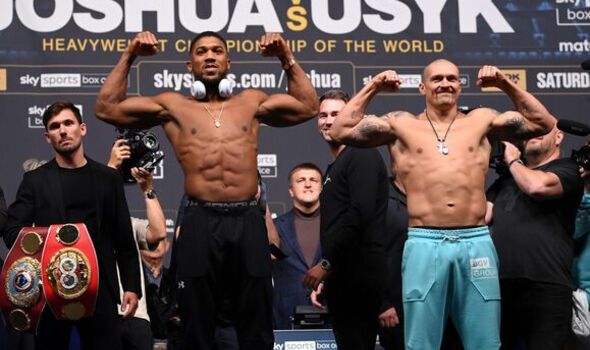 And now Usyk has revealed just what he was trying to tell Joshua in the ring after their rematch: “I wanted to talk to him,” he said. “I said, ‘Ease up, man, let’s just calm down. When I have time I could come to see you in the UK, come to your gym and we could spar together and stuff.'”

Joshua has previously received a similar offer from Fury, following his first defeat to Usyk at the Tottenham Hotspur Stadium last September. And it’s unlikely that the pride of the former champion will see him accept help from a fellow heavyweight. 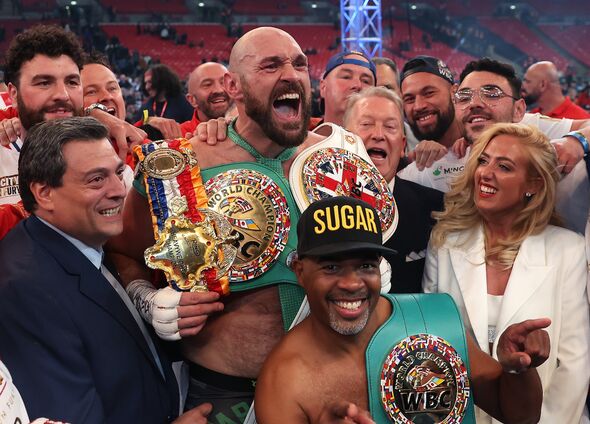 The quotes were tweeted out by talkSPORT boxing editor Michael Benson, with followers reacting favourably towards Usyk: “Such a nice guy,” wrote @RLJ2DAY. “Really don’t see how people hate on him. He deserves everything great that is happening to him in life.”