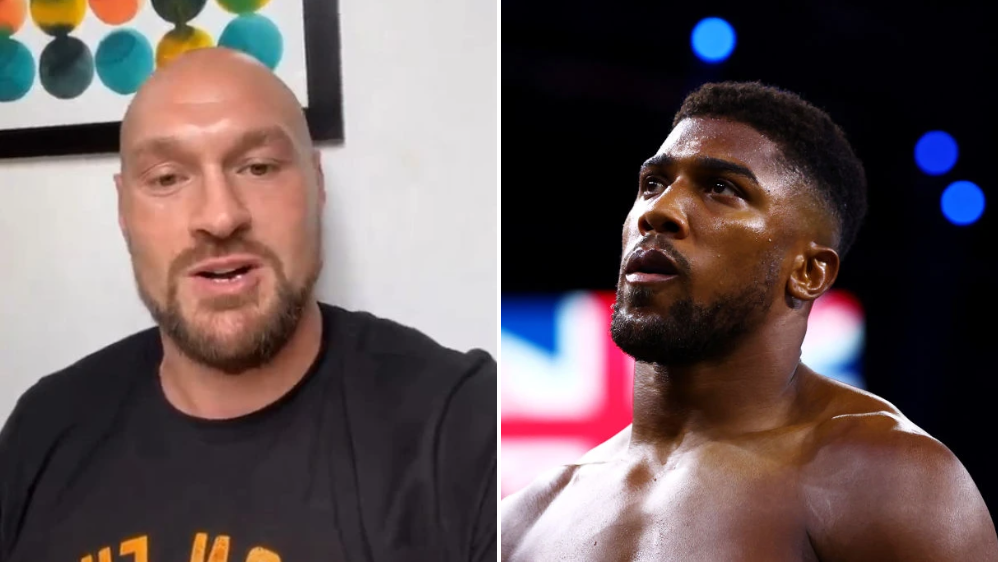 Tyson Fury claims he has offered Anthony Joshua a ‘take it or leave it’ split of 60-40 for their proposed fight in December.

Fury wants another fight before the end of the year and was prepared to face Oleksandr Usyk in an undisputed showdown, however, the Ukrainian insists he will not return until 2023.

Joshua, meanwhile, has told Fury that he will be available to fight in December after he was challenged by the Gypsy King on social media this week.

Fury says a proposal of a 60-40 split has now been sent to Joshua’s camp and is adamant that the offer is fair.

‘I’m being bombarded with messages on how much am I gonna pay AJ,’ Fury said on Instagram on Tuesday afternoon.

’40 per cent of this amazing fight because I want this fight to happen.

‘We’re sending a written offer across today to them, my son George spoke with Eddie Hearn yesterday,’ Warren told talkSPORT.

‘It’s us who have made the approach to give AJ a great opportunity to get himself back into the top level against the world champion Tyson.

‘He’s willing to make that voluntary defence, so we’ll send the offer across today and then they’ll have to look at it and decide whether they wanna grab this with both hands.’

Meanwhile, Joshua’s promoter, Eddie Hearn, admits he is sceptical about Fury’s intent on fighting the 32-year-old, who lost his heavyweight title rematch to Usyk in Saudi Arabia last month.

‘I had a chat last night with George Warren. I’d love to get really excited about this. Don’t forget we signed for this fight last year. It’s an interesting one, but the message is quite clear from AJ – he wants the fight,’ Hearn told talkSPORT.

‘I know, having spoken to AJ, if that fight is there and they’re serious get the details and offer over to us and I’ll take it to AJ.

‘We didn’t expect this opportunity and we’ll definitely look at it. Let’s take the cynic away and see what we get back from the Fury camp.

‘Fury’s outstanding at getting the public to believe absolute nonsense. Over the last two or three weeks, it’s been unbelievably bizarre. The big problem for Fury is the Usyk fight. Personally, I don’t think he’s serious about it but like I said, AJ would have no problem about taking this fight in December.’