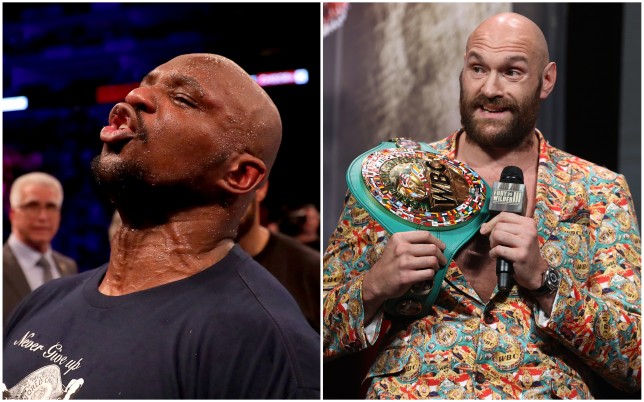 Tyson Fury insists he will have no problems knocking Dillian Whyte out after the Londoner was named the mandatory challenger for his WBC heavyweight title.

Whyte has waited patiently for a title shot having held a lofty position at the top of the WBC rankings for a number of years.

The Brixton fighter is now on the brink of getting his opportunity after the WBC ordered talks for the mandatory title defence which is likely to take place in Cardiff or Manchester early next year.

Reacting to this week’s news, Fury told Behind The Gloves: ‘I’ve known Dillian a long time, we go back a long way.

‘He’s improved a lot over the last few years, but the outcome will be the same – I will knock him out.

‘If that fight happens, I’ll knock him out.’

Rating Whyte’s chances of causing an upset, Fury told IFL TV: ‘He can’t beat me, never in his wildest, imagination dreamland. No way.’

Whyte has two defeats on his 30-fight record, coming in a grudge match against Anthony Joshua back in 2015 and a shock loss to Alexander Povetkin last year – a defeat he avenged his style in March.

British boxing legend Ricky Hatton believes no one deserves a title shot more than the Brixton heavyweight, who has been made to wait on the sidelines over the years.

‘It has been three years and counting for Dillian and he’s been made to wait around again because of these politics,’ Hatton wrote in his column for Metro.co.uk last month.

‘He was left outside the world title picture for so long, left on the sidelines too when they were trying to make AJ vs Fury.

‘He deserves his chance, no one will deserve it more.’