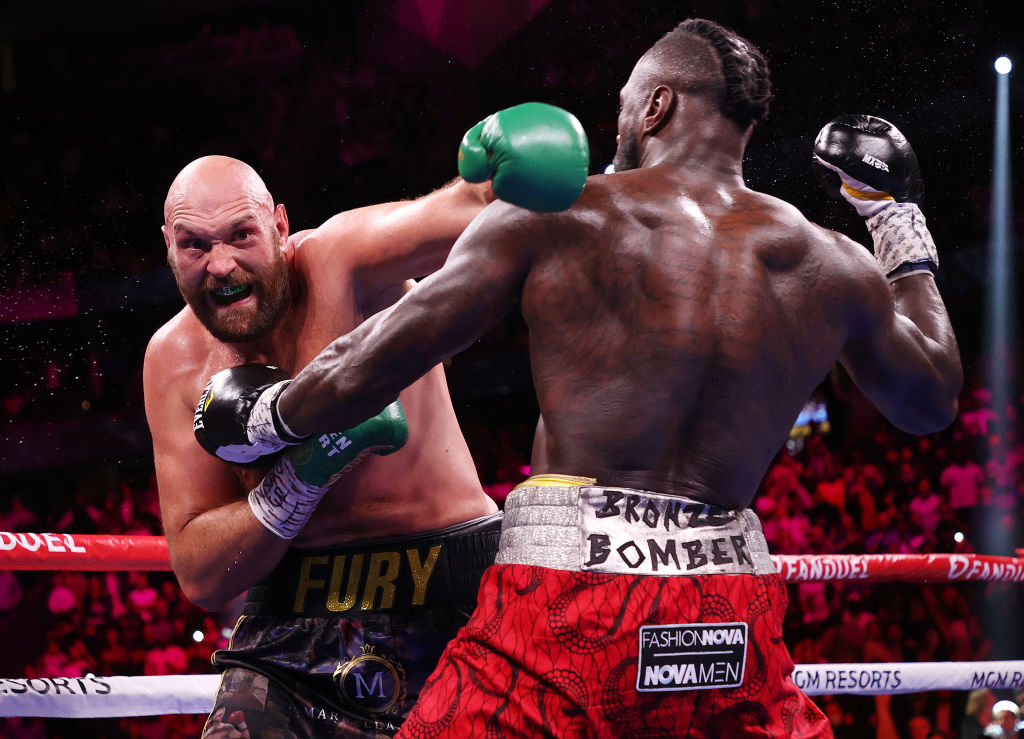 Tyson Fury has been under the knife since his win over Deontay Wilder last month, with his father revealing that he had extensive operations on his elbows to remove bone spurs.

It was a thrilling contest, as were the first two meetings between the giants, and one in which the Gypsy King felt his fair share of adversity, hitting the floor twice in round four.

John Fury has now revealed just how tough the fight was for his son, saying Tyson was ‘very badly injured’ going into the contest and has since had surgery to fix an ongoing elbow problem.

He blames the injury for the dramatic nature of the fight, saying Tyson was pushed into more of a wild brawl than a boxing match due to his painful elbows.

‘To be honest it wasn’t a boxing match was it?’ John Fury told BT Sport. ‘Because Tyson was very badly injured going into that fight, he had to have chromosome injections in both elbows, both elbows were numb.

‘He’s since had an operation, six hours, all day in the hospital having to sort out his elbows, because I think he had some bone spurs he had to get removed.

‘Common thing in sportsmen, especially boxers. He was handicapped from the beginning.

‘The boxing side of it went out the window because I knew he was going to be like that from early on.

‘When I seen the look on his eye, I just knew he wanted to seek and destroy. That’s what he did and believe me, it was exciting for the paying public.’

Fury will now be recovering from the surgery, but was not expected to be back in the ring any time soon anyway, with promoter Frank Warren saying the Gypsy King is in ‘no rush’ to get his next fight sorted.

The WBC champion is expected to face Dillian Whyte next, but that is far from confirmed and Warren is not pushing for a decision.

‘There’s no rush and there’s no rush from Tyson’s perspective. As I’ve said to everybody, it doesn’t matter what anybody says. He will do what he wants to do.