Tony Bellew has risked the wrath of Tyson Fury by sensationally claiming that Anthony Joshua is “the biggest draw in the heavyweight division.” The Gypsy King could be set to finally go head-to-head with Joshua after apparently offering the Watford-born ace a 60-40 purse split in an attempt to entice him into the ring.

“He’s come off the back of two defeats and yet a champion is calling you out,” Bellew told talkSPORT. “The best way I can analyse this and add it up would be Conor McGregor is coming off two defeats but still every single UFC fighter in the business calls out his name. It’s very similar to AJ now. AJ is the biggest draw in the heavyweight division. I’m sorry to say it guys. It doesn’t matter if he’s lost twice or not – he’s still the biggest draw.

“There’s a reason why he does what he does. He’s just been brilliantly managed, promoted and it’s been a dream. But ultimately he knocks people out. Yes, he’s coming off the back of two defeats but why is the best fighter in the world calling his name? Why does he want to face him? You’ve got to ask that question.

“When you start putting out offers and saying, ‘I’ll give you 60-40…’ I’m not being funny guys but people like Conor McGregor, people like Anthony Joshua, they don’t bow to other people’s demands because the draw they bring is so big. 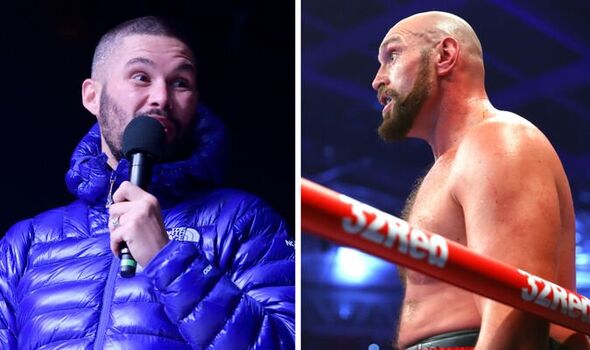 “This guy took boxing to Saudi Arabia, just remember that – the desert, never been there before. He has an awful lot of power to his hand and people like to point out it’s a different model, UFC to boxing.

“In hindsight, it’s really not. Are you the biggest draw or are you not? There’s a reason why he’s being called out. He’s coming off two defeats like we’ve just said and yet Tyson Fury is calling his name.” 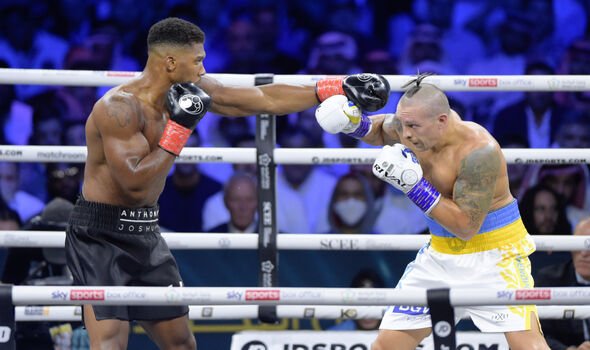 Joshua had lost just one fight of his professional career before his bout with Oleksandr Usyk at Tottenham Hotspur Stadium last September. But the 32-year-old was stunned by the Ukrainian following a unanimous points decision. And Usyk then won the rematch in Jeddah last month on a split points decision.

Bellew’s comments suggest he believes Fury would benefit from the attention Joshua would bring to any fight with the Gypsy King. And the retired boxer clearly thinks there would be plenty of viewers tuning in to watch the Londoner over the Morecambe-based star.