A fight branded the biggest in the history of women’s boxing justified its billing as Katie Taylor showed immense resilience to outpoint Amanda Serrano in an enthralling battle at a packed Madison Square Garden.

The Irish fighter, 35, was rocked on multiple occasions and seemed in danger of being stopped, but she rode the storm.

Two judges scored the fight in her favour, 97-93 and 96-93, while the third gave it to Serrano 96-94, handing Taylor a split-decision win as she retained her status as undisputed lightweight champion. ‘I had to dig deep in there, I had to produce a career-defining performance,’ said Taylor. 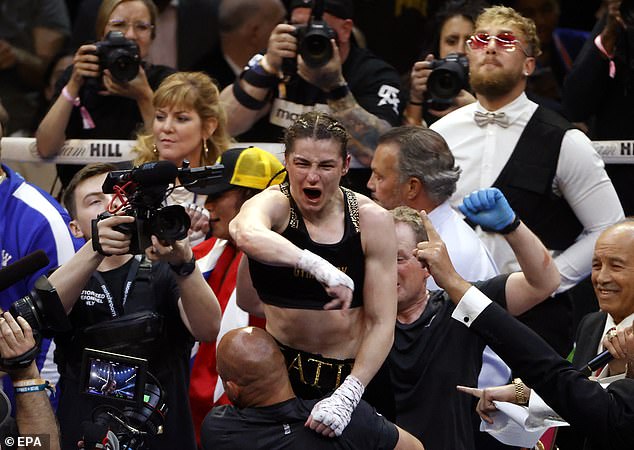 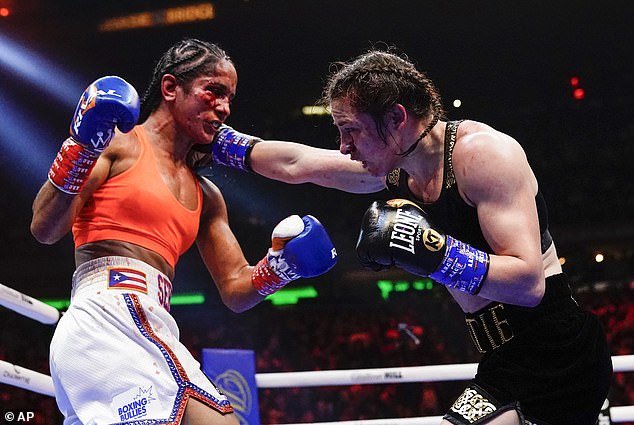 ‘We definitely got the best out of each other.

‘Everybody was talking about this as the biggest fight in women’s boxing history but it exceeded everything.

‘This was a special, special moment. It was the best night of my career. I wasn’t sure if anything could reach my Olympic gold medal (London 2012) but that was absolutely the best moment of my career.’ 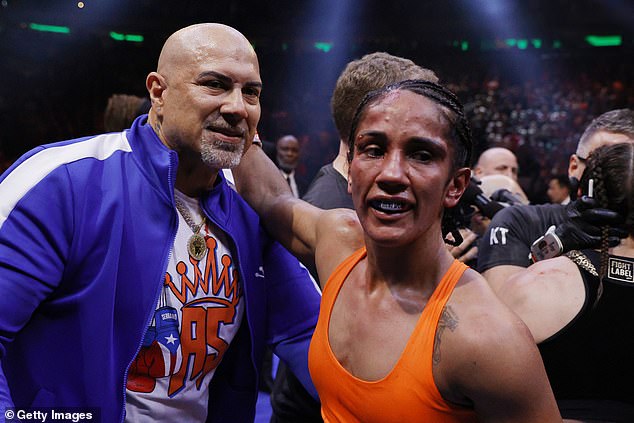 The first women’s bout to headline New York’s famed venue will go down as one of the best contests of the year.

But the split decision means a rematch has already been mentioned, with Croke Park in Dublin the possible destination.