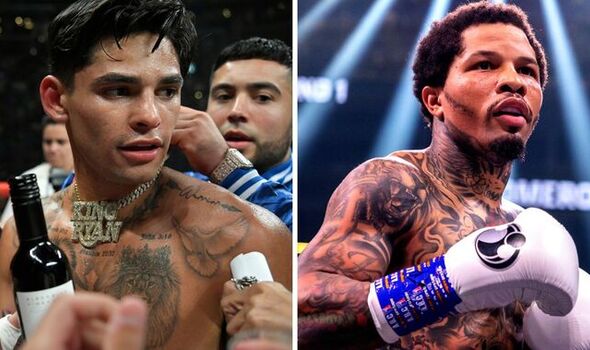 Gervonta Davis has told Ryan Garcia that he will see him at the end of the year after ‘KingRy’ called out ‘Tank’ post-fight on Sunday morning. Garcia stopped Fortuna in the sixth round of their contest in Los Angeles and immediately took to the mic to send a message to Davis.

In response, Davis tweeted: “See y’all the end of the year..#TheONE”

Garcia looked extremely impressive during his second outing at light welterweight, as he knocked down his opponent in rounds 4,5, and 6 on route to the eventual stoppage. Fortuna – a former super-featherweight WBA (regular) champion – clearly struggled with the speed and range of Garcia as he was picked apart at will by the young star. 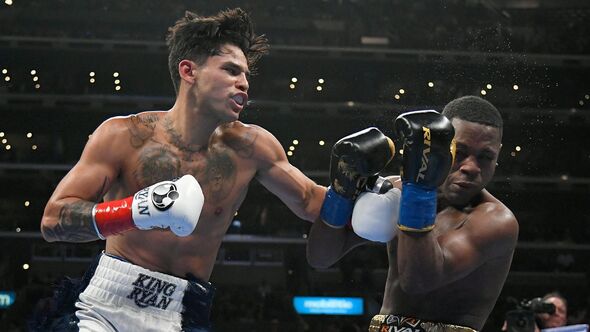 Garcia — like Davis — has operated at lightweight for the majority of his career but recently made the switch after returning to the ring following his battles with mental health issues. Davis has only fought at light-welterweight once during a WBA (regular) title fight against Mario Barrios. Although Davis came away the victor on the night, ‘Tank’ clearly struggled with the size of his opponent and hasn’t returned since.

It seems both men do genuinely want to meet each other in the ring, but it’s less certain whether Davis would return to 140lb to fight a far bigger foe. Garcia is 5-foot-10 and walks round above 160 pounds while Davis is 5-foot-5 and a half and has comfortably made super-featherweight on multiple occasions.

Clearly, Garcia’s recent weight switch may throw a spanner in the works but it’s not the only issue. Both men work for rivals promoter, Garcia fights for Oscar De La Hoya’s Golden Boy Promotions and Davis works with Premier Boxing Champions (PBC). The two companies don’t have a vast history of working together and this may be the ultimate undoing of the contest.

For the latest news and breaking news visit:https://www.express.co.uk/sport
Stay up to date with all the big headlines, pictures, analysis, opinion, and video on the stories that matter to you.
Follow us on Twitter @DExpress_Sport – the official Daily Express & Express.co.uk Twitter account – providing real news in real-time.
We’re also on Facebook @DailyExpressSport – offering your must-see news, features, videos, and pictures throughout the day to like, comment, and share from the Daily Express, Sunday Express, and Express.co.uk.