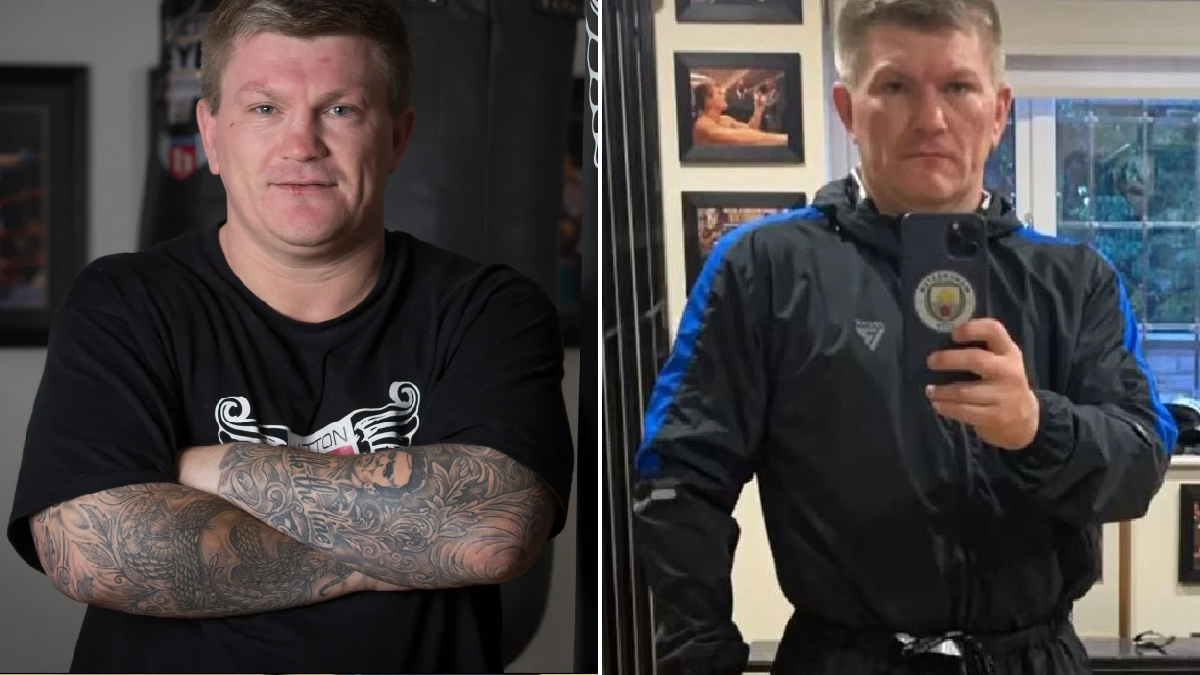 In his latest column, the British boxing legend offers a glimpse into training camp ahead of his exhibition fight against Marco Antonio Barrera after showing off his incredible weight loss.

We are now just a month away from my exhibition fight against Marco Antonio Barrera on 2 July and the hard work is well underway. I’m pleased with the work that’s been put in having lost two stone in about seven weeks.

But I have been very strict on myself. At 43, I did wonder if the weight would be harder to come off and it has been harder, but I have been able to move up levels with my own discipline. That is what it is all about. I’m enjoying being able to walk down the street and people saying: ‘God Ricky how have you done that! It has taken years off you.’

I like to have a night out here and there, I like to have a pint or a meal out so I am never going to be wafer thin or walk around with a 6 pack 24-7! But I think this is going to be a lifestyle change for me. I do intend for this to be the norm for me going forward.

I expect to put a little bit back on after the fight. I was 14 stone 6lbs before all this and now I’m 12 stone 3lbs. Come the fight, I hope to be a bit under that. After the fight, if I can keep that discipline and walk around the 12 stone mark, that is another goal for me. It is one thing going down in weight but there is no point in it if I go straight back up straight after.

We have done a bit of everything with Blaine Younis putting me through the paces and there has been lots of sparring too. It is four weeks on Saturday and as we have gone on, I have been getting the rounds out. I’ve enjoyed getting in with my fighters, matching them and doing the same rounds they have been doing. I think it’s been nice for them and I hope they can take a bit of inspiration from that too.

Needless to say, we are hitting the important stages now. Back in the fighting days, I used to build it up slowly, do three weeks before, then put in a fortnight of horrendous work. And I don’t think that will change.

I’ve had a tough week this week, it will get tougher next week then the next two will be horrendous before we have a little wind down.

But after the first one, the muscle memory kicks in and the hardest thing is out of the way. It only gets better from there on in.

This week it was announced that the WBA title eliminator between Hughie Fury and Michael Hunter will take place at the AO Arena in Manchester on the same night as my exhibition fight against Barrera.

It’s a great fight to be sharing the evening with. It will be two separate shows sharing the same venue with BOXXER promoting their fight, the British Boxing Board of Control has been told ours is an entertainment show so there is no reason we can’t share the venue and put on one incredible night of boxing action. The winners will be the boxing fans watching on.

Hughie has been on the fringe of getting another world title fight for a couple of years now so it is fantastic news for him. Hopefully there will be some great up and coming talent from Manchester on the undercard too so it doesn’t get any better than that.

Next week there is a huge celebration as the Boxing Hall of Fame inducts its latest heroes. After Covid saw the last couple of events cancelled, it is an extra special occasion with classes from 2020, 2021 and 2022 all going in with the likes of Bernard Hopkins, Juan Manuel Marquez, Shane Mosley, Wladimir Klitschko and Floyd Mayweather being honoured from 2020 and 2021.

The class of 2022 list includes the great Miguel Cotto, Roy Jones Jr and James Toney. I would like to think one day I will be there. I never thought in my wildest dreams coming up I would have the following I have.

I’m doing my best to tick all the boxes still, I have achieved my dreams of becoming a world champion and I have helped others do that as a trainer with Zhanat Zhakiyanov in 2017 with hopefully more to come. It would be a huge honour and hopefully one day it comes.

Ricky Hatton vs Marco Antonio Barrera will take place at the AO Arena in Manchester on Saturday 2 July.

For tickets head to HattonBarrera.com