Jake Paul has taken another swipe at Floyd Mayweather by joking that he wants to buy the boxing legend’s promotional company to ‘save them from bankruptcy’.

Paul, 24, has been embroiled in a feud with Mayweather ever since their clash before the latter’s exhibition bout against his brother Logan.

The YouTuber-turned-boxer sparked a furious reaction from Mayweather by stealing his hat, a stunt which quickly went viral on social media. 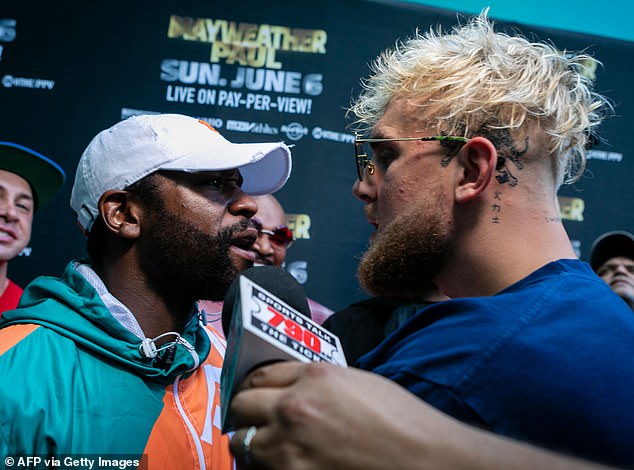 And now he has poked fun at the five-weight world champion again by including him in his New Year’s resolutions list.

‘Some people are asking about my 2022 goals,’ Paul wrote on Twitter.

‘Here they are; 1. Buy Mayweather Promotions and save them from bankruptcy. 2. Hire stylist for Floyd Mayweather. 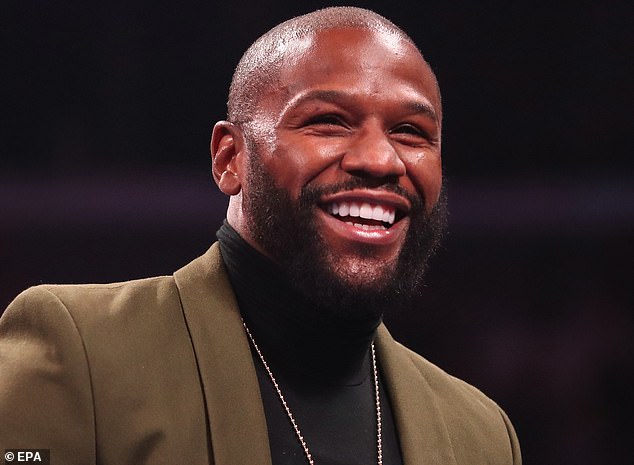 ‘3. Take selfie with Oprah. 4. Go to chiropractor to heal back from carrying the sport of boxing.’ 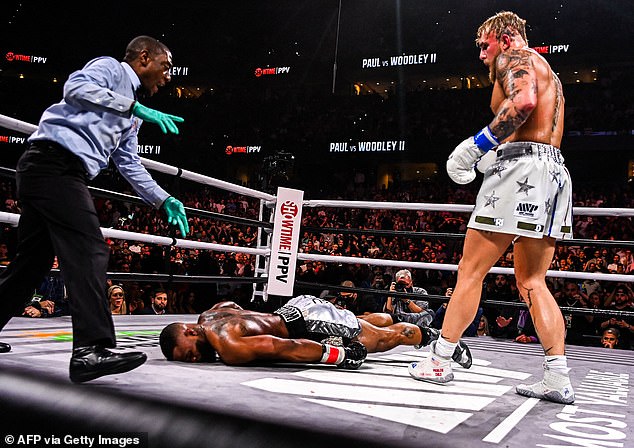 Instead of facing Woodley for a second time, he was initially scheduled to lock horns with Britain’s Tommy Fury on December 18.

That was before Fury withdrew from the contest on short notice having broken a rib and picked up a bacterial infection in the process.

In a potential dig at the Gypsy King’s younger brother, Paul added: ‘It’s the last day of the year so I’m hoping next year maybe some of y’all goofy motherf****** can do better.’