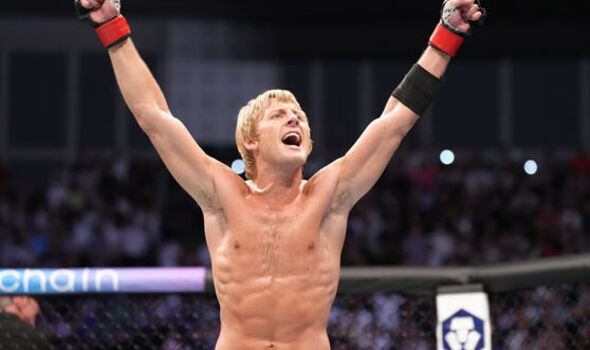 Paddy Pimblett will make his UFC pay-per-view debut in the United States in December at UFC 282 when he’ll take on a long-term rival of his in Jared Gordon. Pimblett had made his intentions clear of wanting to fight three times in 2022, and he’ll do just that after victories over Kazula Vargas and Jordan Leavitt at the 02 Arena in London in March and July, respectively.

And after winning twice in London, Pimblett stated he would like to feature on a PPV card over in the States, naming Las Vegas as his preferred option – and he was granted that wish as it was confirmed on Saturday.

Pimblett is expected to fight either on the main card or the headliner of the preliminary bouts, with the main event seeing Jiri Prochazka defend his light heavyweight title against former champion Glover Teixeira.

For Pimblett, though, he faces Gordon, who has been the only fighter in the division to date that he has stated that he’d like to face.

Gordon, a tough opponent for Pimblett, after recently fighting Charles Oliveira, defeated the Liverpudlian’s training partner Chris Fishgold, and had called him out.

Pimblett said: “He mentioned me in his post-fight interview and he beat my former teammate, I would like to fight Jared Gordon.

“He beat [Chris Fishgold] so obviously I would like to beat him and he’s on a three fight win streak. His last loss was to [Charles] Oliveira.”

Since those quotes, Gordon was defeated by the impressive Grant Dawson, but has bounced back with a win over Leonardo Santos.