Naoya Inoue produced yet another performance for the ages as he destroyed Nonito Donaire in two vicious rounds to unify the bantamweight division once more on Tuesday afternoon.

The pair squared off in a bout later crowned ‘Fight of the Year’ at the Saitama Super Arena, Japan, in the 2019 World Boxing Super Series tournament final, with Inoue winning via unanimous decision to become the unified WBA and IBF bantamweight world champion.

Two-and-a-half years after the grueling encounter, taking place at the same venue, the pair were back at it, this time with the WBC belt also on the line. Inoue once again emerged victorious, though in far more convincing fashion. 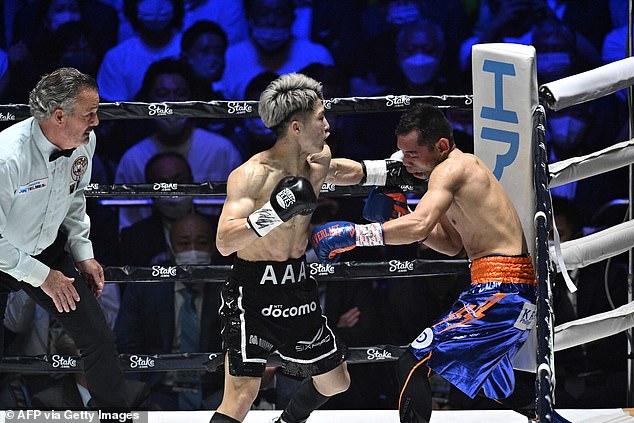 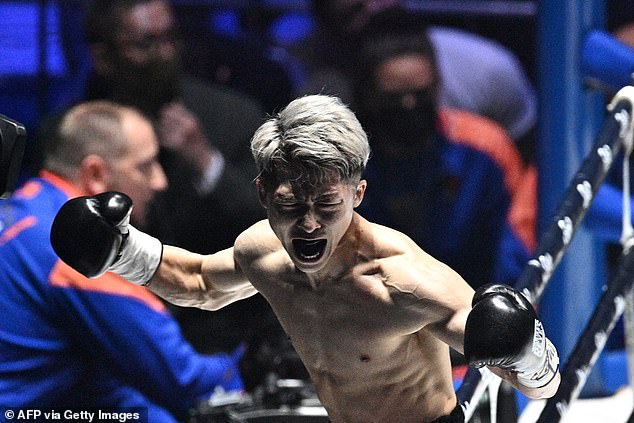 The Japanese superstar is now the WBA, IBF and WBC bantamweight world champion

The Japanese star, who suffered fractures to his right eye socket during their fiery first encounter, needed less than six minutes to blast through his veteran opponent this time round.

Both fighters were understandably cautious during the opening exchanges, but it didn’t take long for Inoue to exhibit flashes of brilliance, connecting with an exquisite jab and spiteful right hand.

The 29-year-old made what proved to be the decisive breakthrough moments before the first round came to a halt, sending Donaire crashing to the canvas with a right hand that landed flush on the temple.

Donaire was able to get back to his feet, but the 39-year-old was still clearly in trouble as round two began, and Inoue wasted no time in going to work.

A barrage of hurtful left-hooks had Donaire wobbled and in desperate trouble, before one final shot floored the Filipino for a second and final time. Despite getting back to his feet, the contest was swiftly – and correctly – waved off. 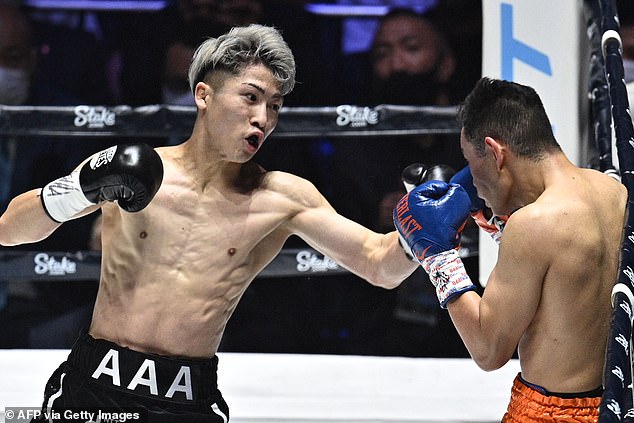 Inoue’s left-hooks were vicious throughout, wobbling his veteran opponent on numerous occasions

With victory, Inoue – otherwise known as ‘The Monster’ – remains unbeaten, extending his record to 23-0 (20KOs) and cementing his status further as one of the sport’s pound-for-pound best.

‘Two years and seven months ago I fought against Nonito Donaire in the WBSS final here at the same venue,’ Inoue said after the fight. ‘You gave me the power, thank you.

‘In the very first round I received a left hook from Nonito and that punch made me wake up and stay focused, throughout the fight. The last right straight, I didn’t know it was a great one but I saw the video and I knew this is going to be the one.

‘I didn’t know the specific round, but to be able to reach my status up at the top I needed to win this fight so I decided to finish it at this moment. This fight was magic for myself as well, I pressured myself and I did it.’

‘My dream is to be the undisputed champion,’ he continued. ‘If I can do that within 2022 then I will stay in this division. If I can’t, I am capable of moving up and fighting in a higher division. Thank you so much everybody for coming to the arena for the fight, thank you so much for everything.’

Inoue’s victory came shortly after his younger brother, Takuma, moved to 16-1 with an impressive unanimous decision win over Gakuya Furuhashi on the undercard.